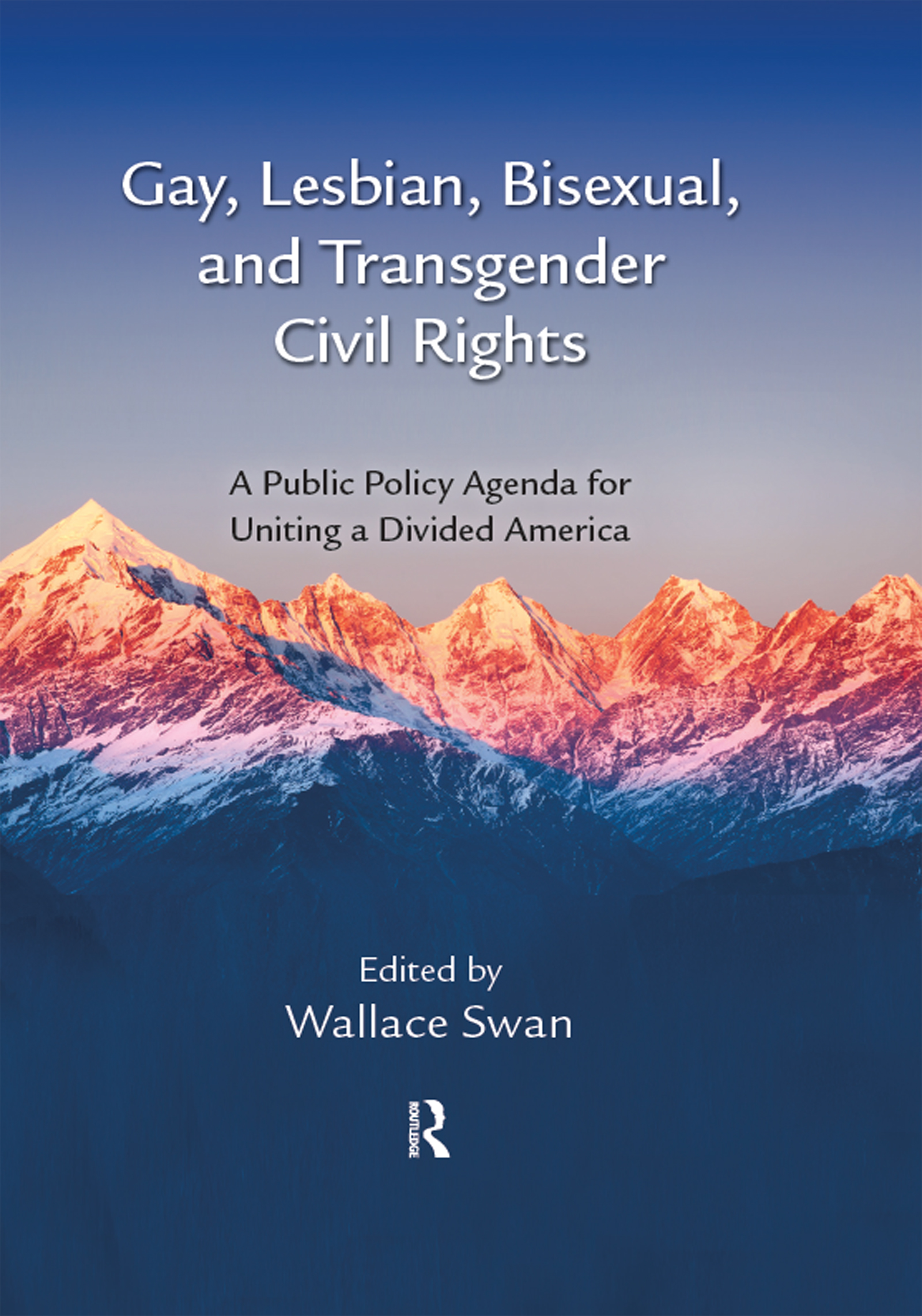 This book could be aptly entitled After Marriage—What Is Next for the LGBT Community? Now that marriage is increasingly being institutionalized in many states within the United States it is quite likely that marriage will be acceptable in all 50 states (dependent upon action of the U.S. Supreme Court). What lesbian, gay, bisexual, and transgender public policy issues then remain to be addressed? Based on the editor and his team of contributors’ collective years of work and experience at the forefront of gay, lesbian, bisexual, and transgender issues, Gay, Lesbian, Bisexual, and Transgender Civil Rights: A Public Policy Agenda for Uniting a Divided America presents fresh information about the current status and insights into the future directions of the L.G.B.T. movement.

The editors take a firm stance on equality and gauge the forward movement in favor of this equality as the metric of success. They present a contemporary analysis of LGBT civil rights based on the actions and policies occurring on the federal, state, and local level. The book discusses political party stances in the U.S. legislative and executive branches, highlighting state and national challenges and complexities. The coverage includes the successful LGBT effort to partner with organizations, including churches and educational institutions as well as non-profits, and presents the successes (and failures) of grassroots movements around the country.

The legacy of a long-standing cultural war against GLBT people, as well as rampant discrimination, is reflected in many areas. As GLBT policies evolve and take shape, and new voices of the movement emerge, these issues can be shown to pervade a number of policy areas including mental and physical healthcare, race, poverty and homelessness, religion, immigration, senior issues, the role of family in the LGBT community, bisexuality and transgender issues, the effect of economics on creation of homicides and hate crimes, education, business, and workforce diversity. A collection of fascinating contemporary perspectives, this book explores the breadth and depth of the many "divides"—socioeconomic, race, age, healthcare, immigration, education, and income—including those that intersect within the GLBT community. For any reader who really wants to know about the current and future development of the LGBT community, this is an invaluable book.

The Great Divide: Two Nations and Its Battlegrounds, Wallace Swan

Organizations/Structures that Keep the Great Divide in Place, Christopher Thomason

An Introduction to the Battleground States, Wallace Swan

An Eye to the Future: Perspectives on the National Transgender Discrimination Survey, Denise Burke

The Need for a National Solution for Our Bipolar Educational System for LGBT Students, Tracy Phariss