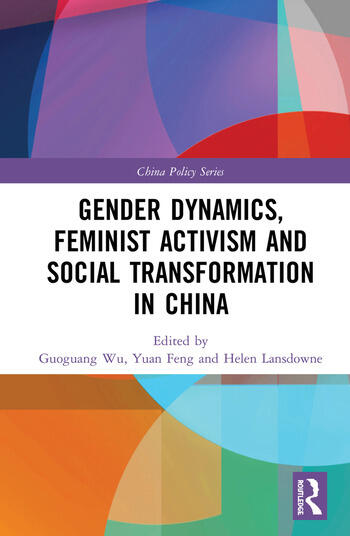 This book explores the extent to which women have been initiators, mobilizers, and driving forces of social transformation in China. The book considers how conceptions of women’s roles have changed as China has moved from state socialism to engagement with capitalist globalization, examines the growth of women’s gender and sexual consciousness and social movements for women’s rights, including for marginalized social and sex/gender grouops, and discusses women’s roles in society-state interactions, including many forms of social activism, cultural events, educational innovations, and more. Overall, the book demonstrates that women have not simply been passive receivers of the consequences of the forces of global capitalism, but that they have had a profound, active impact on social transformation in China.

2. Funü in the Gender Legacy of the Mao Era and Contemporary Feminist Struggle in China, by Xin Huang

3. The Cultural Politics of Women’s Human Rights in Transnational China: From the 1995 Fourth World Conference on Women to Now, by Sophia Woodman

4. Why Did Liberal Feminism Lead the Way When Western Feminisms Travelled to China in the 1980s-1990s? by Feng Xu

5. We Planted All These Trees Decades Ago: Elder Activism against Devaluing Women’s Labour, by Shuxuan Zhou

6. Claiming Land Rights for Rural Women: Analyses Based on 180 Lawsuits, by Jianmei Guo and Xiaoquan Lv

7. Equality and the Chinese Pursuit of Socialist Feminism, by Lanyan Chen

8. How Can a Radical Sexual Play Work in a ‘Conservative’ Community? The Adaptation and Recreation of The Vagina Monologues in China, by Qianting Ke

9. Radical Feminist Disruption in China: A Case of Topless for the 2012 Anti-Domestic Law Petition, by Di Wang

11. Women Levering the State in a Glocal China: From the Rise of Feminist NGOs to the Legislation of Anti-Domestic Violence, by Yuan Feng

12. From Margin to Centre: Feminist Mobilizations in Digital China, by Jing Xiong

14. Rebelling against Mao, Market, and Patriarchy: The Gender Dynamics of China’s Social Transformation, by Guoguang Wu and Yuan Feng

Guoguang Wu is Professor of Political Science, Professor of History, and Chair in China and Asia-Pacific Relations at University of Victoria, Canada

Helen Lansdowne is Associate Director of the Centre for Asia-Pacific Initiatives at University of Victoria, Canada.