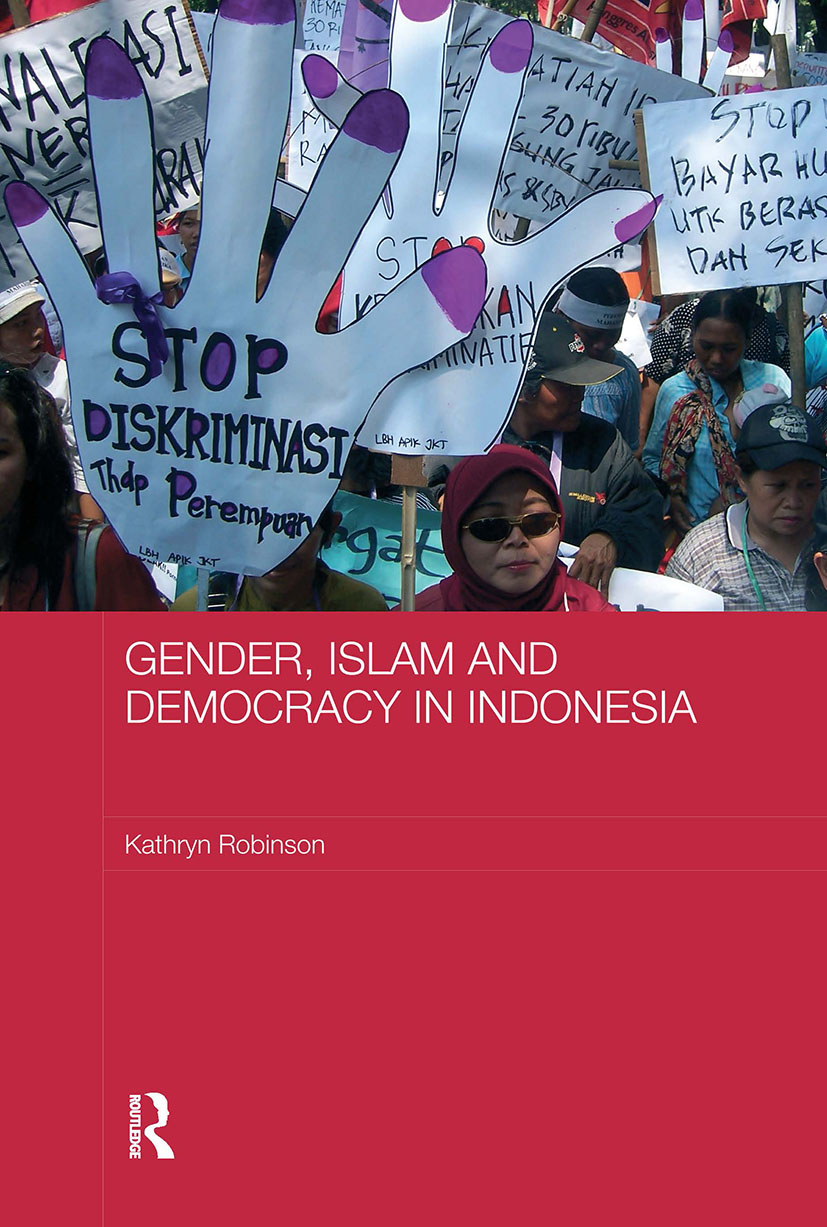 Gender, Islam and Democracy in Indonesia

This book explores the relationship between gender, religion and political action in Indonesia, examining the patterns of gender orders that have prevailed in recent history, and demonstrating the different forms of social power this has afforded to women. It sets out the part played by women in the nationalist movement, and the role of the women’s movement in the structuring of the independent Indonesian state, the politics of the immediate post-independence period and the transition to the authoritarian New Order. It analyses in detail the gender relations of the New Order regime, focused around the unitary family form supposed by the family system expounded in the New Order ideology and the contradictory implications of the opening up of the economy to foreign capital and ideas, for gender relations. It examines the forms of political activism that were possible for the women’s movement under the New Order, and the role it played in the fall of Suharto and the transition to democracy. The relationship between Islam and women in Indonesia is also addressed, with particular focus on the way in which Islam became a critical focus for political dissent in the late New Order period. Overall, this book provides a thorough investigation of the relationship between gender, religion and democracy in Indonesia, and is a vital resource for students of gender studies and Indonesian affairs.

"This book is a remarkable analysis of changing gender patterns in one of the world's most populous and diverse countries. Starting from the kaleidoscope of masculinities and femininities in Indonesia's many cultures, Kathryn Robinson takes us on a gripping historical trip through independence, dictatorship, Islamic movements, globalization and democratic transition. She shows how gender relations have become the target of politics and have gradually been transformed on a vast scale.

This extraordinary work of social science is valuable for everyone concerned with Indonesia or concerned with gender in the contemporary world."- Raewyn Connell (University of Sydney, Australia)

'For both scholarly and general readers with an interest in the fascinating study of gender in this Southeast Asian realm, this book should be at the top of anyone's list. Summing Up: Essential. All levels/libraries. -- CHOICE October 2009, S. Ferzacca, University of Lethbridge

Kathryn Robinson is Professor in the Department of Anthropology, Research School of Pacific and Asian Studies at The Australian National University. She is editor of the Asia Pacific Journal of Anthropology. Her research interests focus on women’s social participation in Indonesia, including women’s political activism, Islam and international female labour migration.