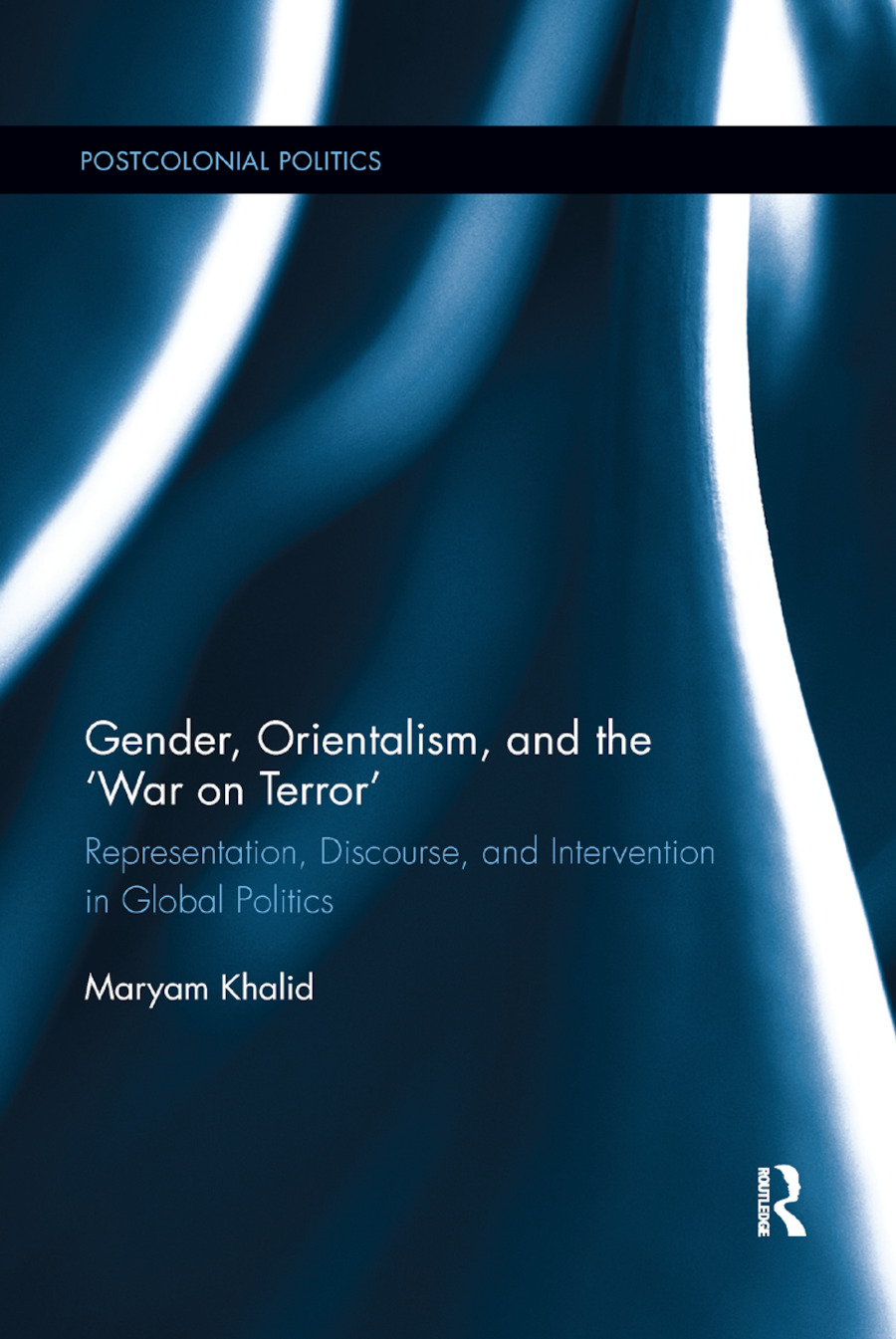 Gender, Orientalism, and the �War on Terror'

This book offers an accessible and timely analysis of the ‘War on Terror’, based on an innovative approach to a broad range of theoretical and empirical research. It uses ‘gendered orientalism’ as a lens through which to read the relationship between the George W. Bush administration, gendered and racialized military intervention, and global politics.

Khalid argues that legitimacy, power, and authority in global politics, and the ‘War on Terror’ specifically, are discursively constructed through representations that are gendered and racialized, and often orientalist. Looking at the ways in which ‘official’ US ‘War on Terror’ discourse enabled military intervention into Afghanistan and Iraq, the book takes a postcolonial feminist approach to broaden the scope of critical analyses of the ‘War on Terror’ and reflect on the gendered and racial underpinnings of key relations of power within contemporary global politics.

This book is a unique, innovative and significant analysis of the operation of race, orientalism, and gender in global politics, and the ‘War on Terror’ specifically. It will be of great interest to scholars and graduates interested in gender politics, development, humanitarian intervention, international (global) relations, Middle East politics, security, and US foreign policy.

Identities in the ‘War on Terror’

Orientalism and gender as discourseRe-reading Said

3. Gender, Race, ‘Self’, and ‘Other’ in Histories of International Intervention

Imperialism, liberalism and the US

Intervention, development, and the threat of the ‘Other’

Democratisation, humanitarianism, and the responsibility to protect

4. Constructing the US ‘Self’ in ‘War on Terror’ Discourse

‘Self’, nation, race, and gender

Masculinity and the US ‘Self’

Reading femininity(ies) in the US ‘Self’

Constructions of the ‘Other’

The sexuality of the ‘Other’

Maryam Khalid is a Lecturer and the Director of the Bachelor of International Studies program at Macquarie University, Australia. Her research is focused on global politics, security, and popular culture, exploring gender, sexuality, and race as processes, practices, and analytical lenses in and across international relations and global governance discourses.