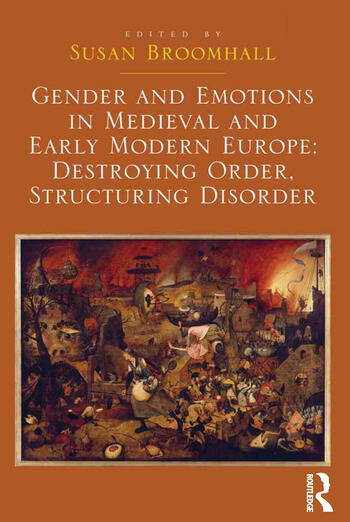 States of emotion were vital as a foundation to society in the premodern period, employed as a force of order to structure diplomatic transactions, shape dynastic and familial relationships, and align religious beliefs, practices and communities. At the same time, societies understood that affective states had the potential to destroy order, creating undesirable disorder and instability that had both individual and communal consequences. These had to be actively managed, through social mechanisms such as children's education, acculturation, and training, and also through religious, intellectual, and textual practices that were both socio-cultural and individual. Presenting the latest research from an international team of scholars, this volume argues that the ways in which emotions created states of order and disorder in medieval and early modern Europe were deeply informed by contemporary gender ideologies. Together, the essays reveal the critical roles that gender ideologies and lived, structured, and desired emotional states played in producing both stability and instability.

Susan Broomhall is Professor of Early Modern History at The University of Western Australia.