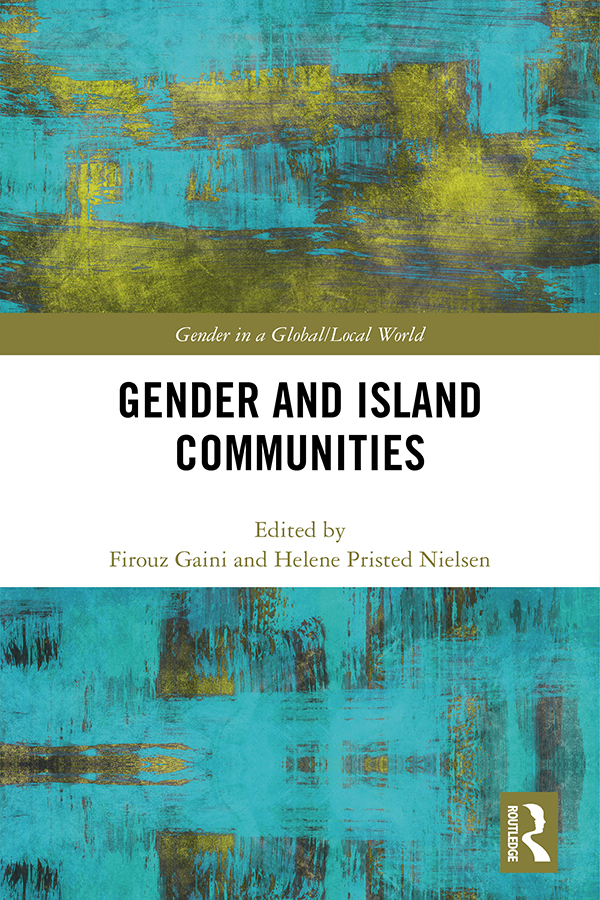 This book takes an explicitly feminist approach to studying gender and social inequalities in island settings whilst deliberating on ‘islandness’ as part of the intersectional analysis.

Though there is a wealth of recent literature on islands and island studies, most of this literature focuses on islands as objects of study rather than as contexts for exploring gender relations and local gendered developments. Taking Karides’ ‘Island feminism’ as a starting point and drawing from the wider literature on island studies as well as gender and place, this book bridges this gap by exploring gender, gender relations, affect and politics in various island settings spanning a great variety of global locations, from the Faroe Islands and Greenland in the north to Tasmania in south. Insights on recent developments and gendered contestations in these locations provide rich food for thought on the intricate links between gender and place in a local/global world.

This text will be of key interest to students and scholars of gender and feminist studies, cultural studies, Island studies, anthropology and more broadly to sociology, geography, diversity and social justice studies, global democracy and international relations.

2. An Island Feminist Approach to Scholar-Activism

3. Being (un)stuck in Qaqortoq: Attachment, Ambivalence, and Affect in Contemporary Greenland

4. Gender on the Rock: Gender, identity and militarism in Okinawa

5. An Intersectional Analysis of Island Feminist Praxis in Puerto Rico

6. Parenting and islands: constructing gender and work in the Faroe Islands

7. An Island and Intersectional Analysis of STEM Faculty Careers in Hawai’i

8. Island intersections: A correspondence about educational research in Tasmania

9. Island Studies through Love and Affection to Power and Politics

Firouz Gaini is a Professor in anthropology at the Department of History and Social Sciences, University of the Faroe Islands. Research on youth culture, identity, home/place and future. Edited the book Among the Islanders of the North (2011). Recent article: Altered Islands: Young Faroe Islanders' Future Images (2018).

Helene Pristed Nielsen is an Associate Professor at FREIA Centre for Gender Research, Aalborg University, Denmark. Research interests revolve around gender and place. Previous publications include “No place for their children: negotiating gender, place and generation in a flexible work context” published in Gender, Place and Culture (2018), and the edited volume (with Thidemann Faber) Remapping Gender, Place and Mobility: Global Confluences and Local Particularities in Nordic Peripheries (Ashgate 2015).

Gender in a Global/Local World critically explores the uneven and often contradictory ways in which global processes and local identities come together. Much has been and is being written about globalization and responses to it but rarely from a critical, historical, gendered perspective. Yet, these processes are profoundly gendered albeit in different ways in particular contexts and times. The changes in social, cultural, economic and political institutions and practices alter the conditions under which women and men make and remake their lives. New spaces have been created - economic, political, social - and previously silent voices are being heard. North-South dichotomies are being undermined as increasing numbers of people and communities are exposed to international processes through migration, travel, and communication, even as marginalization and poverty intensify for many in all parts of the world. The series features monographs and collections which explore the tensions in a ’global/local world’, and includes contributions from all disciplines in recognition that no single approach can capture these complex processes.

Please contact one of the editors if you have a proposal for consideration: