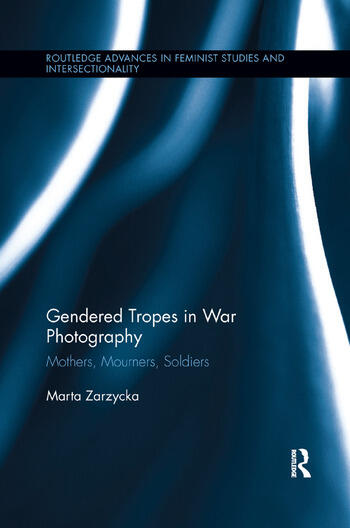 Photographic stills of women, appearing in both press coverage and relief campaigns, have long been central to the documentation of war and civil conflict. Images of non-Western women, in particular, regularly function as symbols of the misery and hopelessness of the oppressed. Featured on the front pages of newspapers and in NGO reports, they inform public understandings of war and peace, victims and perpetrators, but within a discourse that often obscures social and political subjectivities.

Uniquely, this book deconstructs – in a systematic, gender-sensitive way – the repetitive circulation of certain images of war, conflict and state violence, in order to scrutinize the role of photographic tropes in the globalized visual sphere. Zarzycka builds on feminist theories of representations of war to explore how the concepts of femininity and war secure each other’s intelligibility in photographic practices. This book examines the complex connections between photographic tropes and the individuals and communities they represent, in order to rethink the medium of photography as a discursive and political practice.

This book interrogates both the structure and transmission of contemporary encounters with war, violence, and conflict. It will appeal to advanced students and scholars of gender studies, visual studies, media studies, photography theory, cultural anthropology, cultural studies, and trauma and memory studies.

2. On Anger, Love, and Shame: Affective Politics of Protest Photographs

3. Affective Transactions and Faces of Horror: Portraits of Children

4."The Uniqueness of its Figure": Photographs of Corpses in War Reporting

Marta Zarzycka is Assistant Professor in the Gender Studies Department at the Institute of Media and Culture, Utrecht University, the Netherlands.

Gendered Tropes in War Photography makes crucial contributions to our thinking about the changing functions of the photographic image in an era of global shareability. Cataloguing and then nuancing the simplifying logics of the always-gendered tropes at the heart of the representation of combat, Zarzycka models feminist reading practices that can sustain, reanimate or reframe the to-be-expected representations of women caught in conflict zones. Attending closely to the productions of photo-journalism, NGOs, and artists, Zarzycka establishes that while most iconic photos leave out cues of causality, responsibility, and impact, a political capacity for contemporary war photography emerges through practices of looking, invoked through affect and its impact, that might lead to care, social responsibility, and the civil contract of citizenship.

Mourning women, women protesters, the non-Western girl, the female corpse, the refugee woman, women soldiers – after reading Marta Zarzycka’s incisive analysis of these gender tropes, you will never see war photography– or indeed the world – in the same way again.  Especially valuable is her use of affect theory for feminist critique of emotional responses such as empathy, mourning, and shame.  Picking up where Susan Sontag left off, Zarzycka makes an ambitious and powerful appeal for an ethical spectatorship that can reframe the deployment of gender for documentary purposes.

Ann Cvetkovich is Ellen Clayton Garwood Centennial Professor of English and Professor of Women’s and Gender Studies at the University of Texas at Austin, USA.

Mourning, protesting, suffering, dying or fighting: images of the female body in war emerge, in Zarzycka's book, as themselves a battlefield where ideas and emotions about territory, belonging and community struggle for power. Richly theorised and insightfully argued, her benchmark volume on the gendering of war photography is the first to focus systematically on the visual tropes of the female body and their capacity to produce dominant imaginations of collective identity. Zarzycka's is an original and powerful voice that compels us to rethink the crucial interfaces between mediation and gender, affect and politics, nationality and solidarity, 'self' and 'others'.