Geologically Active contains over 500 papers from 44 countries worldwide, which were presented at the 11th Congress of the IAEG, and includes the state-of-the-art on practise in engineering geology. Engineering geology now extends into a host of linked fields: disaster risk management and climate change, preservation of lifelines, geophysics, interpretation of satellite imagery, communication, instrumentation, mining, tunnelling, groundwater, rehabilitation and brown-field development, wine, recyclable materials, ethics, and education. Communication with non-specialists and developing ‘green’ solutions has never been more important and the industry is evolving tools and emerging ideas to more appropriately achieve this.

This volume brings together engineering, science and practice to focus on the very real effects of active geological processes on communities and infrastructure and their development. The theme of Geologically Active is developed through five chapters focussing on assessment and identification of natural hazards, the meeting of geological phenomena with people and infrastructure to create risk, approaches to hazard mitigation around the world, application of engineering geological techniques and practice, site investigation and geotechnical modelling, and engineering geology in the global economy, bridging the gap between scientists, engineers and non-practitioners in a changing world environment. Geologically Active encourages the transformation of science research into practice, offering a connection between scientific progress and community resilience, and will be invaluable to engineering and geological academics and consultants, government organizations, and power and mining companies.

Theme 1: Geohazards at the leading edge

Simplicity and complexity—An appeal to strengthen the scientific-technological base of engineering geology, H. Bock
Terroir and the geology of wine, S. Burns
Defining competencies for geo-engineering: Implications for education and training, A.K. Turner

Theme 1: Geohazards at the leading edge

To the problem of local forecast of sinkhole development in covered karst areas, A.V. Anikeev

Determination of the safety factor of slopes for the granite residual soil in the region of Covilhã, using charts, V.M.P. Cavaleiro, J.F.M.C. Riscado & L.J.A. Pais

Geomorphic evidence for recent movement and segmentation of the Chaman fault, Afghanistan and Pakistan

The nature and significance of landslides caused by the Mw 7.6 earthquake of 15 July, 2009 in Fiordland, New Zealand, G.T. Hancox, S.C. Cox & R. Jongens

Stabilization of a hillside in the work terraces of Alcaidesa in San Roque, Cádiz, C. Jurado

Investigating the effect of the thickness of the surficial non-liquefiable layer to the surface manifestation of liquefaction-induced failures, G. Papathanassiou

Preliminary investigation on the deterioration of limestone at Mount Nemrut, Turkey, T. Topal & B. Deniz

Earthquake rupture history of the Alpine fault over the last 500 years, M.D. Yetton & A. Wells

Geo-information systems for use by the UK insurance industry for ‘subsidence’ risk, M.G. Culshaw & M. Harrison

The origin of fault scarps & fissures on moorland plateaux & in the vicinity of landslides, in the South Wales Coalfield, UK, L.J. Donnelly, H.J. Siddle & K.N. Northmore

A review of symptoms and consequences of iron oxidizing bacteria in ground engineering, A. Gillarduzzi

Pathology of net-fences against rock falls—experience from works in the Northern French Alps, P. Guillemin

Making geology work: How an erupting volcano on the island of Montserrat can educate and enthral, L.D. Jones

The effects of debris flow in the Republic of Korea and some issues for successful management and mitigation, S.-G. Lee & M.G. Winter

The development of a strategic slope management system for use in South Africa, R.C. Leyland

Problems in the theory and practice of the estimation of geological risk, V. Pyrchenko & V. Byrova

Influence of the Chuya earthquake (2003) on the health of the population of Mountain Altai, A.V. Shitov

Living with landslides on the move, K. Williams & T. Sinclair

Concept of forming and usage of engineering geological investigations database in the area of Belgrade city, Serbia, V. Tahov, I. Tornjanski & B. Abolmasov

Effect of plastic fines on the anisotropic behavior of saturated sands by means of monotonic undrained triaxial tests, M. Dargahi & A. Ghalandarzadeh

The use of GIS-tools in regional and urban planning applied to the Águeda region (Portugal), I.M.R. Duarte, P.M. Nogueira, A.B. Pinho & J.L. Lopes

Disintegration ratio: A quantitative approach for assessing the type of disintegration of clay-bearing rocks, Z.A. Erguler & A. Shakoor

Correlations between some engineering properties of metamorphic rocks in Sri Lanka, U. de S. Jayawardena

Determining abrasivity of rock and soil in the laboratory, H. Käsling & K. Thuro

Evaluation of the centrifuge technique as an alternative and fast method for oedometer test on soils, K. Kayabali & A. Ozdemir

The influence of weathering on the geotechnical properties of Pleistocene coarse grained glaciofluvial deposits in the northern Alpine foreland (Bavaria/Germany), B. Lempe, H. Scholz & K. Thuro

Preliminary observations of shortcomings identified in standard tests for dispersive soils, A. Maharaj

The impact of inconsistencies in the interpretation of soil test results on the repeatable identification of dispersive soils, A. Maharaj & P. Paige-Green

Optimizing the use of integrated database and modeling tools, R. Sisson

An analysis of the effects of sample preparation on the index properties of the East Coast Bays Formation in relation to tunnelling in the Auckland region, W. Newns, J.D. St George, D.J. Guinibert & R.R. Gulley

Study on borehole experiments for assessing the permeability of the rock mass around the dam of the Baihetan hydropower project, Jinshajiang River, J. Wang, Z. Zhou, H. Xu & Y. Zhou

An experimental study on the earth pressure acting on the cut and cover tunnel in sandy soil and the reinforcing effect of geotextile mat, H.B. Koo, F.E. Bautista & J.C. Im

Geotechnical parameters from ground investigation which are important for trenchless technology in the urban environment, M.E. Boyd & M. Norbert

Physics of soil adhesion to solid surfaces, U. Burbaum & I. Sass

How impermeable can a tunnel get? A case study with drip mapping as a method, C. Butrón, J. Funehag & G. Gustafson

Rockfalls in the archaeological site of Delphi, Greece, B. Christaras & K. Vouvalidis

Rock mass characterization as input in the development of founding criteria for dams; some South African examples, G.N. Davis

A method for controlling swell of weak rocks in the vicinity of underground excavations, R. Doostmohammadi, M. Moosavi & Th. Mutschler

The characteristics of rock fragments in the basalts of eastern Australia, S. Fityus, M. Spadari A. Giacomini & O. Buzzi

Bridging space and time—Aspects of the Batavia saga as an homage to the outgoing IAEG president and his predecessor, H. Bock & L. Schmidt

Geological-remedial observations on the former manufactured gas plants and other coal-tar sites of Australia, A.W. Hatheway

Sustainability in geotechnics—how can this be implemented? D.G.A. Holt, P.A. Braithwaite, I. Jefferson & D.N. Chapman

Sustainable use of the underground space, D.V.L. Hunt, I. Jefferson & C.D.F. Rogers

Effect of coal fouling on ballast maintenance, B. Look & A. Kemp

The role of the geo-engineer in civil engineering, A.D. Mackay & W.K.A. Chan

Planning for the supply of aggregate minerals in England, B.R. Marker

New Master of Science in engineering geology at the ETH Zurich (Switzerland), B. Oddsson

Aspects regarding the use of local materials in roads in Botswana, P. Paige-Green & C. Øverby

The engineering geology of roads for the wine industry, P. Paige-Green

The need for accreditation of Geology programs in the United States, D. Schmitz

Use of crushed rock as a source of concrete aggregate, B. Schouenborg, B. Lagerblad, U. Åkesson & L. Tang

Suitability of metal slag as a subbase material for highway construction as determined by laboratory testing, B. Erol & A. Senol

Are the social sciences a source of skepticism about the value of the professions to society? R.E. Tepel

Correlation of different sandstone aggregates from the point of alkali-silica reactivity in concrete, A. Turul, Ö. Ündül & M. Yılmaz 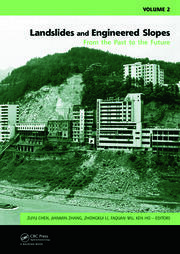 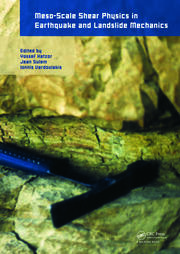 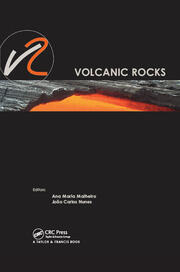