Geometry and Atmosphere
Theatre Buildings from Vision to Reality 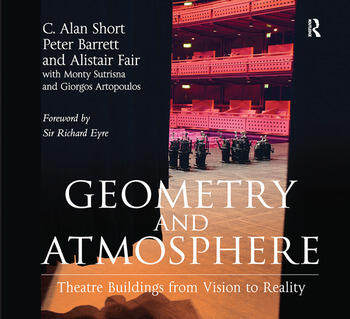 Geometry and Atmosphere: Theatre Buildings from Vision to Reality

Drawing on detailed design, construction and financial histories of six prominent Performing Arts buildings with budgets ranging from Â£3.4 million to over Â£100 million, Geometry and Atmosphere presents unique and valuable insights into the complex process of building for the arts. Each theatre project, from tailor-made spaces for avant-garde companies to iconic and innovative receiving houses, yields surprising and counter-intuitive findings. For each of the six projects, the authors have interviewed all those involved. Combining these interviews with exhaustive archival research, the authors then provide cross-case analysis which is distilled into guidance for all stakeholders as they transform their initial vision into built reality. In particular, the book challenges the technical focus of existing design guides for the Performing Arts by suggesting that current practice in briefing and design does not serve the Arts community especially well. It shows that there is a need for an approach in which the focus is firmly rooted in the delivery of the driving artistic vision. As well as being of interest to architects, urban designers and those involved in theatre studies, this book will be useful to other sectors where public money is spent on major building projects.

Contents: Foreword; Introduction, Alan Short and Alistair Fair; 'Almost as important as jobs, housing and education': the context of the publicly funded arts in Britain, Alistair Fair; 'A means of unlocking future opportunity': The Lowry, Salford, Alan Short; 'Defining the essence of the organization through architecture' Contact Theatre, Manchester, Alan Short; 'An exercise in knowing abstemiousness': Poole Arts Centre - 'The Lighthouse', Alan Short and Peter Barrett; 'Making something extraordinary'; Belgrade II, Coventry, Alistair Fair; 'Turn the theatre inside out': Curve, Leicester, Alan Short; 'So fabulously theatrical you can almost chew on it': Hackney Empire, Alan Short and Alistair Fair; 'Many a theatrical scheme has come to grief because it put bricks and mortar before drama': some familiar issues, 1926-1996, Alistair Fair; An architect's photographic view: the design and life of the theatres, Giorgos Artopoulos; Emerging themes, Peter Barrett and Monty Sutrisna; The internal dynamics of the projects, Peter Barrett and Monty Sutrisna; Conclusions, The Research Team; Select bibliography; Index.

'Geometry and Atmosphere is the most informative book on the process of creating theatres that currently exists. Commissioning buildings of any kind is never easy, commissioning performance spaces perhaps even more complex in their need to combine the creative vision with commercial imperatives. This book provides detailed insights into the whole process and is of value to anyone involved in the process of briefing, designing and managing the process of creating a theatre.' Rachel Cooper, Lancaster University, UK Most construction projects are complex, but few have the layers of complexity involved in creating a new performance space, where matters artistic, organisational, technical and financial must be aligned for the building to succeed. There are a lot of things to get right; there's more than one way of getting them right, but far more ways of getting them wrong. This book is not a primer, but in capturing the experience of those who have gone before, and drawing out a number of key themes, it should prove an invaluable navigational aid for those who commission or design performance buildings. Paul Morrell, Government Chief Construction Adviser, UK 'The Theatres Trust welcomes this book as a valuable primer for all those planning and undertaking capital projects in the Performing Arts.' Mhora Samuel, Director, The Theatres Trust