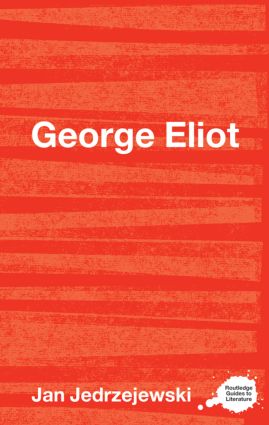 As a woman in an illegal marriage, publishing under a male pseudonym, George Eliot was one of the most successful yet controversial writers of the Victorian period. Today she is considered a key figure for women’s writing and her novels, including The Mill on the Floss and Middlemarch, are commonly ranked as literary classics.

Part of the Routledge Guides to Literature series, this volume is essential reading for all those beginning detailed study of George Eliot and seeking not only a guide to her works but also a way through the wealth of contextual and critical material that surrounds them.

Educated at Lódz, Poland, and Worcester College, Oxford, Jan Jedrzejewski is Head of English at the University of Ulster. He has published Thomas Hardy and the Church (1996), essays on Victorian literature, Irish literature, and Anglo-Polish literary relations, and editions of Hardy and Le Fanu.