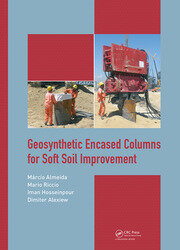 The geosynthetic encased column (GEC) is a relatively recent method developed for soft soil improvement. The method was firstly introduced as a concept in the 1980s and first practical applications started in the 1990s. GECs have been widely used in some parts of the world for the last three decades. However, there is no book in the literature summarizing the knowledge accumulated during this period in relation to this soft ground improvement technique.

The purpose of this book is to provide readers with the GEC fundamentals and practical applications. Chapter 1 presents the general principles of this ground improvement technique including the methods used for GEC installation and how the material properties may be selected. Chapter 2 presents the design methods, thus settlement calculations by means of analytical methods and stability calculations by limit equilibrium methods are explained in detail. Chapter 3 presents calculation examples illustrating the usual steps to be done for both service limit state and ultimate limit state designs. Then field performances exemplifying practical applications of the GEC technique are presented in Chapter 4 for some case histories. Following numerical analyses, often used in design to complement analytical methods, are presented in Chapter 5. Annexes I and II at the end contain the charts developed to perform settlement calculations.

The book combines the experiences of four authors with different academic and industry backgrounds to describe GEC design and performance. It is aimed at civil engineers in general, particularly geotechnical engineers, either working in design or in practice, at graduate students, and at senior undergraduate students.

Márcio Almeida earned his Civil Engineering degree at the Federal University of Rio de Janeiro, in 1974 and obtained his MSc at COPPE/UFRJ in 1977 when he joined COPPE. Marcio got his PhD from the University of Cambridge, UK in 1984. Then he returned to UFRJ and in 1994 became Professor of Geotechnical Engineering. His postdoc was at Italy (ISMES) and NGI, Norway in the early 1990s. He has published around 300 technical publications including more than 70 articles in international refereed journals and has supervised around 90 doctoral and master dissertations. He received the Terzaghi and José Machado awards from the Brazilian Association of Geotechnical Engineering (ABMS). He has served on the editorial board of Geotechnique, Geotechnique Letters, ICE-Ground Improvement and Int. Journal of Physical Modelling, among others. In June 2015 he delivered the “Coulomb Lecture” at the French Geotechnical Society. His main topics of interest are Soft Clay Engineering, Ground Improvement, Marine Geotechnics and Physical Modelling.

Dimiter Alexiew earned his Dipl.-Ing. in Civil Engineering at the Technical University (TUCE), Sofia, in 1978. Then he worked as researcher, design engineer and consultant for geotechnics at the Bulgarian Institute for Construction, and was simultaneously honorary assistant professor for geotechnics at TUCE. He got his Doctor in Civil engineering & Geotechnics from TUCE in 1990. After working as design engineer and consultant at the Bavarian LGA Geotechnical Institute in Nuremberg, Germany, he was until 2017 Head of Engineering and Technical Director of Huesker Synthetic, Germany. Recently he founded his own independent Consulting for Geosynthetics & Geotechnics. His activities include a wide range of geotechnical projects, many of them pioneering, development of design procedures and novel geosynthetics, and co-authoring of codes and standards. He has published about 230 technical publications, and has held more than 100 lectures and reports. He is invited lecturer at the University in Siegen, Germany, and member of several German and International Societies and Committees.

Geosynthetic encased columns (GECs) are a relatively recent technique that is used to reduce settlements and to improve the load-bearing capacity of soft and highly compressible deposits where traditional (non-encased) stone columns are not a suitable alternative. […] There is now a large literature comprising case studies of GECs supporting embankments, and guidance on the analysis and design of these structurers. Nevertheless, there is until now no single book summarising the current knowledge for this soft ground improvement technique and recommendations for their design. The book reviewed here meets the need of design engineers for a comprehensive single source for the specification, design and analysis of geosynthetic encased columns for soft soil improvement. […] This book contains a good review of the principles behind GEC soil improvement, comprehensive calculation examples, guidelines for numerical analyses, detailed real-world project examples, and practical tips. The book is aimed at practising civil and geotechnical engineers but is also a useful resource for researchers, graduate students and undergraduate students taking advanced geotechnical foundation engineering courses. 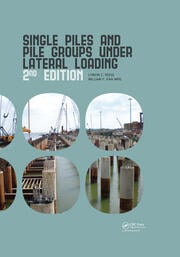 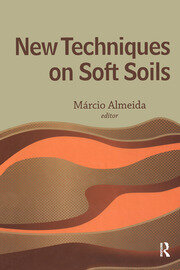 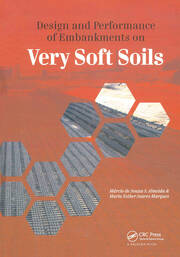 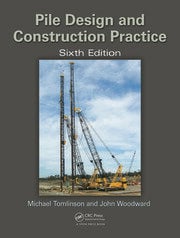