At first glance, roads seem like the simplest possible geotechnical structures. However, analysis of these structures runs up against complexities related to the intense stresses experienced by road surfaces, their intense interaction with climate, and the complicated behavior of the materials used in road construction.

Modern mechanistic approaches to road design provide the tools capable of developing new technical solutions. However, use of these approaches requires deep understanding of the behavior of constituent materials and their interaction with water and heat which has recently been acquired thanks to advances in geotechnical engineering. The author comprehensively describes and explains these advances and their use in road engineering in the two-volume set Geotechnics of Roads, compiling information that had hitherto only been available in numerous research papers.

This unique book will be of value to civil, structural and geotechnical engineers worldwide.

Bernardo Caicedo obtained his undergraduate degree in civil engineering at the Universidad del Cauca in Colombia in 1985. Because of his academic achievements, he received the Francisco José de Caldas Medal, which is only awarded about once one every 10 years. He did his doctoral work at L’Ecole Centrale de Paris in 1991 and at the Laboratoire Central des Ponts et Chaussées in Paris.

He joined the "Universidad de los Andes, Uniandes" in Colombia in 1991. He have been involved in teaching, research and administrative duties here for around 29 years now. During his first period at Uniandes, his research focused on bringing the laboratory to a high standard of international competitiveness. This effort has met with relatively good success. One example of this work was the design and construction, under his leadership, of two geotechnical centrifuges used for teaching and research. One of these machines is equipped with an environmental chamber including leading technologies to simulate climate in experiments using the centrifuge. Other major laboratory apparatus designed and constructed under his direction were a large hollow cylinder apparatus, a linear test track for physical modeling of pavements, a 60 ton shaking table.

His research activities cover a broad spectrum of areas in geotechnical engineering. They include studies of soil dynamics, unsaturated soils, physical modeling of unsaturated soils (expansive and collapsing soils), study of the behavior of unbound granular materials for pavements, the development of new pavement design methods based on mechanistic concepts with climatic interactions, and the study of the mechanical behavior of multi-phase soils (unsaturated soils) including chemical (chemo-mechanics) and biological aspects. His efforts to develop laboratory facilities has allowed him to publish several documents: at present, he has published more than 200 documents including 2 books, 65 papers in indexed journals, 5 keynote lectures, 89 papers in reviewed international conferences, 12 in other international conferences, and 51 in local conferences. Bernardo Caicedo is member of the editorial panel of two international journals: Transportation Geotechnics (Elsevier) and Acta Geotechnica. In addition, he is member of the board of the TC202 committee (Transportation Geotechnics) and vice chair of the TC 106 committee (Unsaturated Soils) of the International Society of Soil Mechanics and Geotechnical Engineering ISSMGE.

Bernardo Caicedo has received several awards from The Institution of Civil Engineers (ICE): the Telford Premium in 2016, the Geotechnical Research Medal in 2018 and the Mokshagundam Visvesvaraya Award in 2020. 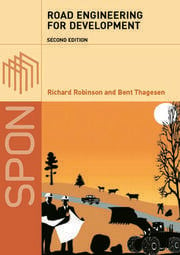 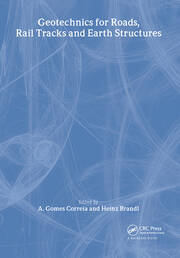 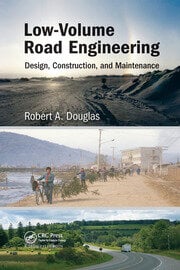