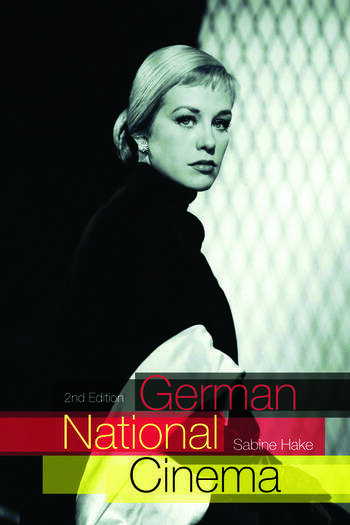 German National Cinema is the first comprehensive history of German film from its origins to the present. In this new edition, Sabine Hake discusses film-making in economic, political, social, and cultural terms, and considers the contribution of Germany's most popular films to changing definitions of genre, authorship, and film form.

The book traces the central role of cinema in the nation’s turbulent history from the Wilhelmine Empire to the Berlin Republic, with special attention paid to the competing demands of film as art, entertainment, and propaganda. Hake also explores the centrality of genre films and the star system to the development of a filmic imaginary.

This fully revised and updated new edition will be required reading for everyone interested in German film and the history of modern Germany.

Introduction 1. Wilhelmine Cinema 1895–1919. Cinema: A New Technology, Industry and Mass Medium. Elements of a National Cinema: Stars, Genres and Directors. German Cinema after the First World War  2. Weimar Cinema 1919–33. Weimar Cinema as Art Cinema. Weimar Cinema as Popular Cinema. Film, Politics, and the Coming of Sound  3. Third Reich Cinema 1933–45. The Restructuring of the Film Industry. Third Cinema as Popular Cinema. Third Reich Cinema as Political Cinema  4. Post-War Cinema 1945–61. The Reconstruction of the Film Industry. Rewriting History, Forging New Identities. The Politicisation of Cinema in the East. The Depoliticisation of Cinema in the West  5. East German Cinema 1961–89. The New Waves and the Plenary. The Seventies: The Discovery of Everyday Life. The Eighties: Crises and Transformation  6. West German Cinema 1962–89. The Oberhausen Manifesto and the Young German Cinema. The Seventies: The Emergence of New German Cinema. The Eighties: Crises and Transformation  7. Post-Unification Cinema 1989–2000. Elements of Popular Cinema: The Return to Genre. Once Again: Coming to Terms with the Past(s)

Sabine Hake is the Texas Chair of German Literature and Culture in the Department of Germanic Studies at the University of Texas at Austin. She is the author of several books on German cinema and Weimar culture, including The Cinema's Third Machine: German Writings on Film 1907-1933 (1993) and Popular Cinema of the Third Reich (2001).