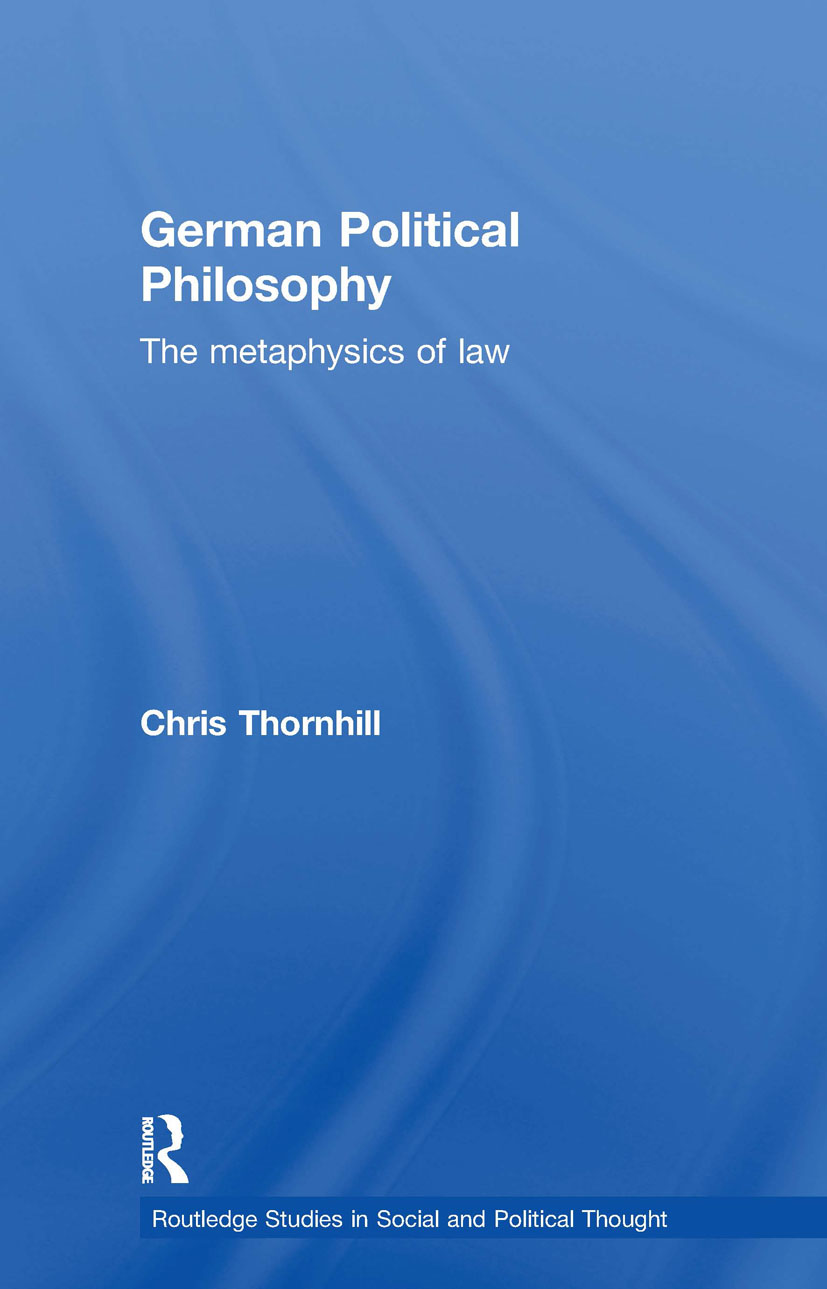 The Metaphysics of Law, 1st Edition

This book combines philosophical, intellectual-historical and political-theoretical methodologies to provide a new synoptic reading of the history of German political philosophy. Incorporating chapters on the political ideas of Luther and Zwingli, on the politics of the early Enlightenment, on Idealism, on Historicism and Lukács, on early Twentieth-Century political theology, on the Frankfurt School, and on Habermas and Luhmann, the book sets out both a broad and a detailed discussion of German political reflection from the Reformation to the present. In doing so, it explains how the development of German political philosophy is marked by a continual concern with certain unresolved and recurrent problems. It claims that all the major positions address questions relating to the origin of law, that all seek to account for the relation between legal validity and metaphysical and theological superstructures, and that all are centred on the attempt to conceptualise and reconstruct the character of the legal subject.

Introduction 1. The Reformation 2. The Early Enlightenment 3. German Idealism 4. Historicism and Romanticism 5. The Young Hegelians and Karl Marx 6. Positivism and Organic Theory 7. The vitalist interlude 8. Neo-Kantianism 9. The Weimar Republic 10. Critical Theory and the Law 11. The Dialectics of Refoundation 12. Habermas and Luhmann. Conclusion

Chris Thornhill is Professor in Politics at the University of Glasgow. He is the author of Walter Benjamin and Karl Kraus; Political Theory in Modern Germany; Karl Jaspers: Politics and Metaphysics (also published by Routledge); and co-authored Niklas Luhmann's Theory of Politics and Law.