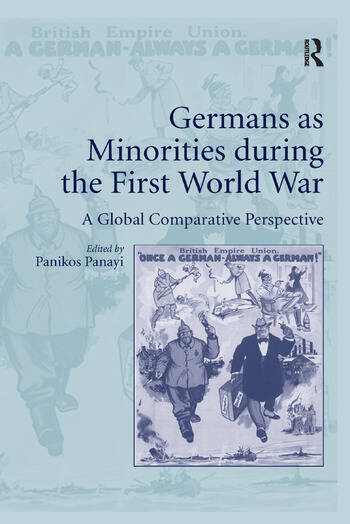 Germans as Minorities during the First World War: A Global Comparative Perspective

Offering a global comparative perspective on the relationship between German minorities and the majority populations amongst which they found themselves during the First World War, this collection addresses how ’public opinion’ (the press, parliament and ordinary citizens) reacted towards Germans in their midst. The volume uses the experience of Germans to explore whether the War can be regarded as a turning point in the mistreatment of minorities, one that would lead to worse manifestations of racism, nationalism and xenophobia later in the twentieth century.

Panikos Panayi is Professor of European History, subject leader in history and a Fellow of the Royal Historical Society. He has worked at De Montfort University since 1990 and has held a personal Chair since 1999. He has published widely and his research fits into three areas in particular: the history of immigration and interethnic relations; the history of food; and the First World War.