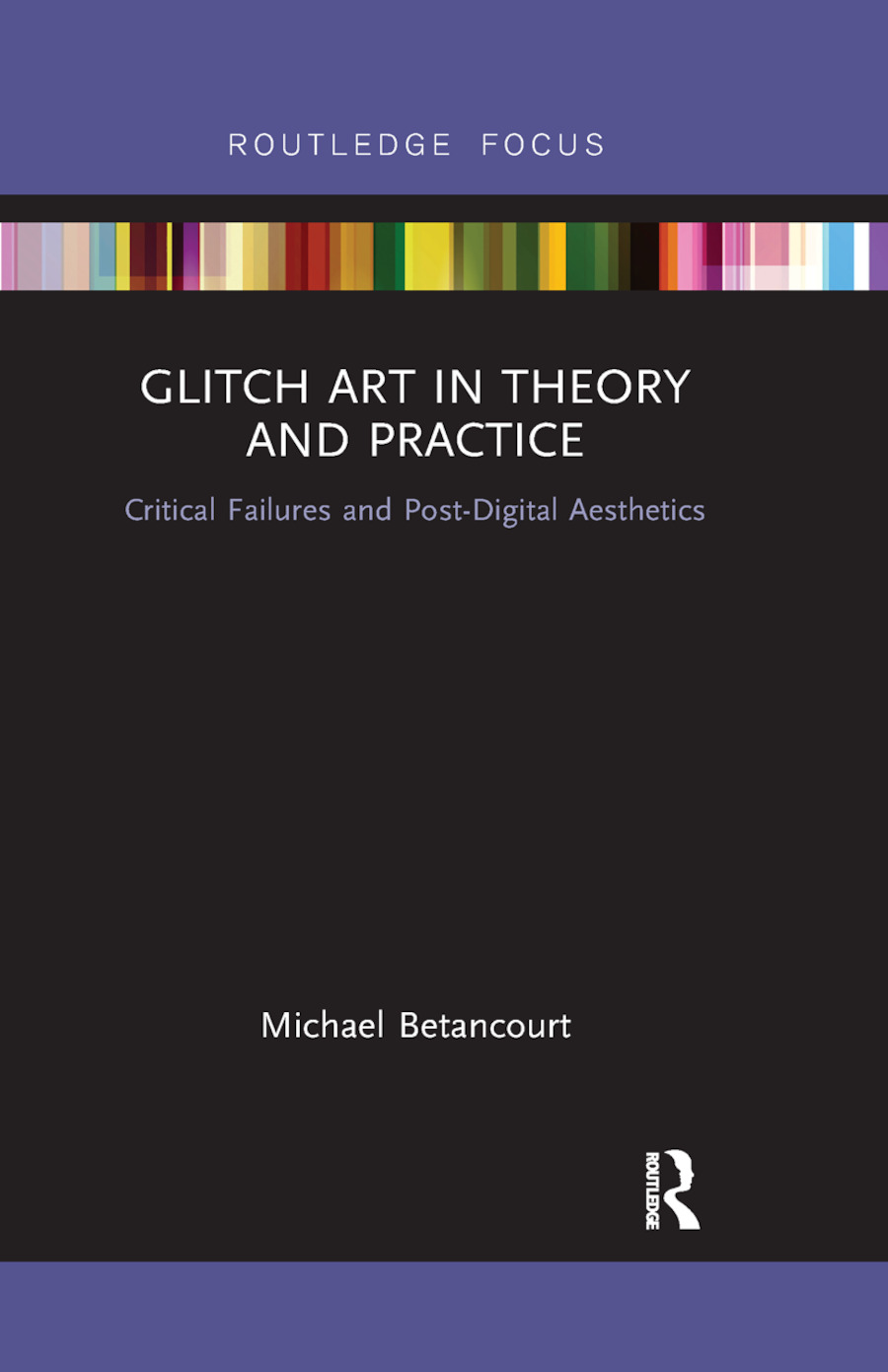 Glitch Art in Theory and Practice

Glitch Art in Theory and Practice: Critical Failures and Post-Digital Aesthetics explores the concept of "glitch" alongside contemporary digital political economy to develop a general theory of critical media using glitch as a case study and model, focusing specifically on examples of digital art and aesthetics. While prior literature on glitch practice in visual arts has been divided between historical discussions and social-political analyses, this work provides a rigorous, contemporary theoretical foundation and framework.

1. Origins of 'Glitch' in The Stoppage

2. The Heritage of Materialist Media

Michael Betancourt is a theorist, historian, and artist concerned with digital technology and capitalist ideology. He is the author of The ____________ Manifesto, The History of Motion Graphics, Beyond Spatial Montage: Windowing, or, the Cinematic Displacement of Time, Motion, and Space, and The Critique of Digital Capitalism. He hasexhibited internationally, and his work has been translated into Chinese, French, Greek, Italian, Japanese, Persian, Portuguese, and Spanish, and published in journals such as CTheory, Semiotica, and Leonardo.