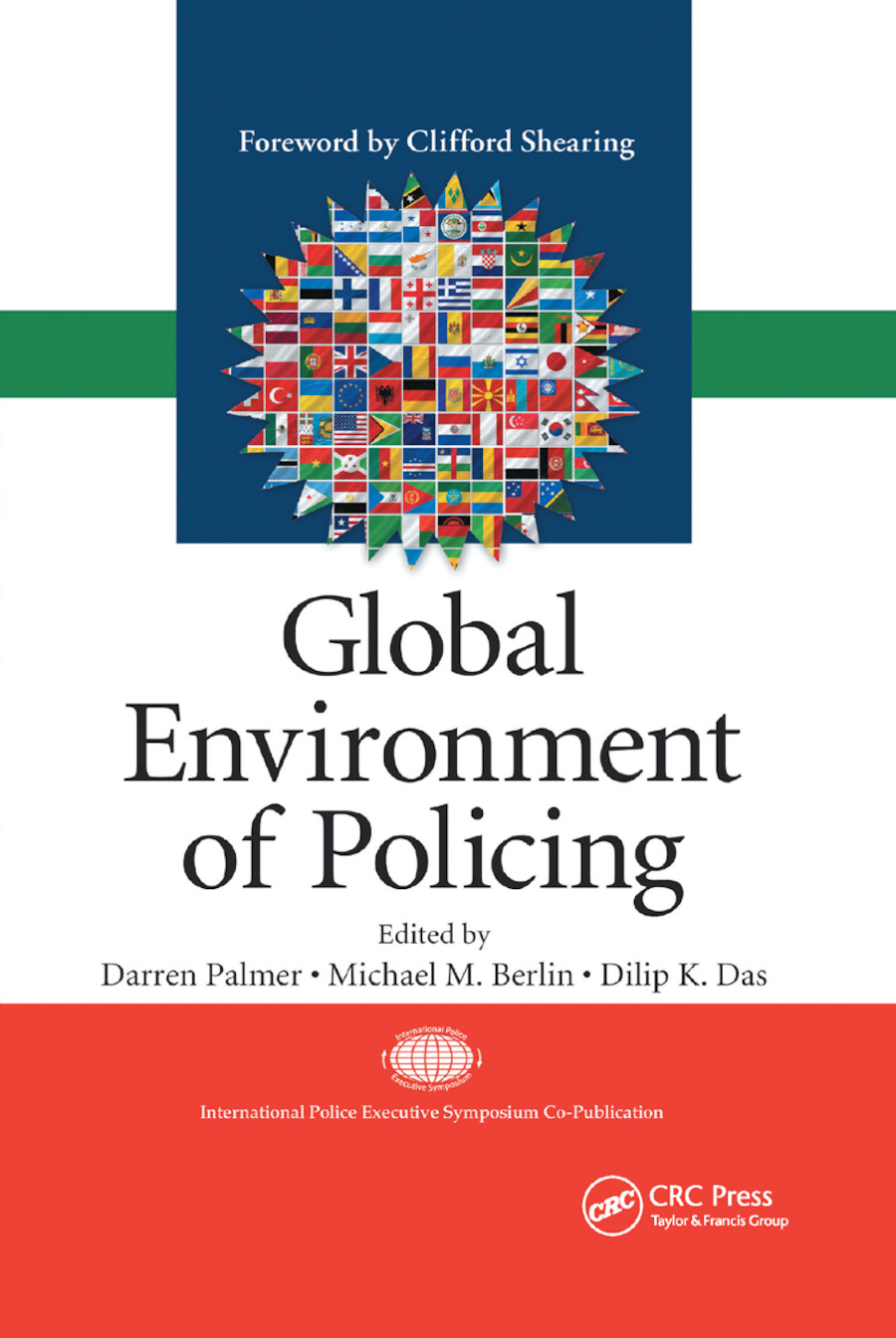 Police organizations across the globe are experiencing major changes. Many nations cope with funding constraints as pressures within their societies, terrorism and transnational crime, and social and political transformations necessitate a more democratic form of policing. Drawn from the proceedings at the International Police Executive Symposium in Prague and other IPES projects, Global Environment of Policing is composed of case studies from more than fourteen countries and six continents. Divided into four sections, the book presents contributions from high-level police executives, practitioners, and academics.

Policing, Crime Control, and the Community explores community policing in Latin America and the United States and describes the effectiveness of a "zero tolerance" policy in New York City. It also presents a historical case study of policing in Portugal.

Policing: Global Challenges considers a range of contemporary issues within the policing environment, including policing cyberspace, police agencies’ striving for legitimacy, how law enforcement policies travel worldwide, and the problems of organized crime and people smuggling.

Police Leadership, Management, Education, and Organization reflects on the growing issue of police reform. It discusses the infusion of private sector thinking into state police organizations, conflicts between police unions and management, training and models for police education, and police accountability in Bangladesh.

The final chapter draws conclusions about the research presented in the book and provides a window on future concerns. With insight from world leaders in academia and in the fi

Policing, Crime Control and the Community. The Impact of International Models of Policing in Latin America: The Case of Community Policing. The Evolution, Decline, and Nascent Transformation of Community Policing in the United States: 1980–2010. Zero Tolerance Policing in Democracies: The Dilemma of Controlling Crime Without Increasing Police Abuse of Power. In Search of a Police System: From the Quadrilheiros to a Democratic Police System. Policing, Politics and Democracy. Policing in Brazil at the Beginning of the 21st Century: Severe Challenges in Developing Countries. Adoption of Accountability and Oversight Mechanisms: The Case of the Indian Police. Tracing the Diffusion of Policing Governance Models From the British Isles and Back Again: Some Directions for Democratic Reform in Troubled Times. Policing: Global Challenges. Policing Cybercrimes: Situating the Public Police in Networks of Security Within Cyberspace. Police Memory as a Global Policing Movement. Creating Institutions: Linking the ‘Local’ and the ‘Global’ in the Travel of Crime Policies. The Italian Mafias and Migrant Smuggling. Police Leadership, Management, Education and Organization: Issues and Trends. Converging Corporatization? Police Management, Police Unionism, and the Transfer of Business Principles. Evaluation of Motivating Incentives on Performance of Police Personnel at Tema Community. New Strategic Directions in Police Education: An Australian Case Study. Oversight Mechanism for Law Enforcement: The Experience of Bangladesh. Conclusion: The Global Environment of Policing. Index.