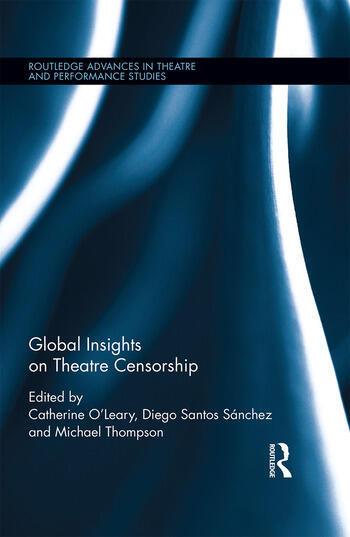 Theatre has always been subject to a wide range of social, political, moral, and doctrinal controls, with authorities and social groups imposing constraints on scripts, venues, staging, acting, and reception. Focusing on a range of countries and political regimes, this book examines the many forms that theatre censorship has taken in the 20th century and continues to take in the 21st, arguing that it remains a live issue in the contemporary world. The book re-examines assumptions about prohibition and state control, and offers a more complex reading of theatre censorship as a continuum ranging from the unconscious self-censorship built into social structures and discursive practices, through bureaucratic regulation or unofficial influence, up to detention and physical violence. An international team of contributors offers an illuminating set of case studies informed by both new archival research and the first-hand experience of playwrights and directors, covering theatre censorship in areas such as Spain, Portugal, Brazil, Poland, East Germany, Nepal, Zimbabwe, the USA, Ireland, and Britain. Focusing on right-wing dictatorships, post-colonial regimes, communist systems and Western democracies, the essays analyze methods and discourses of censorship, identify the multiple agents involved, examine the responses of theatremakers, and show how each example reveals important features of its political and cultural contexts. Expanding understanding of the nature and effects of censorship, this volume affirms the power of theatre to challenge authorized discourses and makes a timely contribution to debates about freedom of expression through performance.

Catherine O'Leary is Reader in Spanish at the University of St Andrews (UK). She was the Co-Investigator on the Theatre Censorship in Spain, 1931-1985 project funded by the UK Arts and Humanities Research Council (2008-2011) and co-organiser of the Art Made Tongue-Tied by Authority: Theatre Censorship around the World conference. Catherine has published widely on contemporary Spanish theatre and censorship. Her works include a monographical study of the theatre of Antonio Buero Vallejo (Tamesis, 2005) and, more recently, articles on Fernando Arrabal (JILAR, 2008), Antonio Buero Vallejo (Bulletin of Spanish Studies, 2011), Sean O’Casey (ADE Teatro, 2012) and Carlota O’Neill (Bulletin of Spanish Studies, 2012). She has also published on women’s writing and on memory.

is Alexander von Humboldt Researcher at the Institut für Romanistik, Humboldt University of Berlin (Germany). His work focuses on 20th-century Spanish theatre. He is the author of El teatro pánico de Fernando Arrabal (The Panic Theatre of Fernando Arrabal) (Tamesis, 2014) and numerous articles on theatre censorship and exile during the Franco regime. He has participated in various research projects on these topics, including Theatre Censorship in Spain, 1931-1985 at Durham University (funded by the Arts & Humanities Research Council, UK), for which he was Research Associate. In addition, he is founding President of BETA: Asociación de Jóvenes Doctores en Hispanismo and Editorial Board Member of 452ºF: Journal of Literary Theory and Comparative Literature.

is Senior Lecturer in Hispanic Studies at Durham University (UK). He was the Principal Investigator on the Theatre Censorship in Spain, 1931-1985 project funded by the UK Arts and Humanities Research Council (2008-2011) and co-organiser of the Art Made Tongue-Tied by Authority: Theatre Censorship around the World conference. He is the author of Performing Spanishness: History, Cultural Identity and Censorship in the Theatre of José María Rodríguez Méndez (Intellect, 2007), and has published numerous articles and book chapters on Spanish theatre and censorship. He is also interested in theatre translation and is co-author of the second edition of the textbook Thinking Spanish Translation (Routledge, 2009). 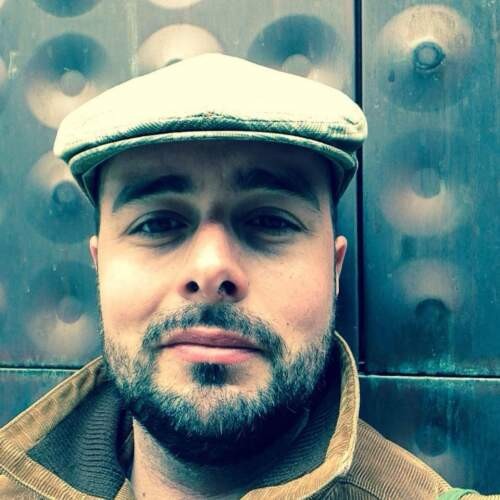 "A panoramic and well re-searched volume aiming ‘to improve our un-derstanding not only of theatre and its inter-pretation, but also and more generally, of the interactions between culture and the state. It allows us to create a fuller portrait of censorship—both repressive and produc-tive—of the arts in the twentieth and twenty-first centuries.’ (20)."