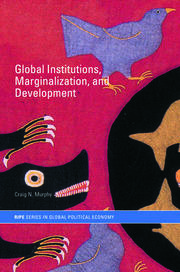 For more than a century and a half, the most powerful national governments have created institutions of multilateral governance that promise to make a more inclusive world, a world serving women, working people, the colonized, the 'backward', the destitute, and the despised.

This groundbreaking book is a study of that promise, and of the real impact of this world government. It discusses what systems global institutions have, and have not done to keep their promise, and examines whether the system will serve the world's least-advantaged, or marginalize them further.

This book focuses on whether it is the 'economists and political philosophers of the rich', or the social movements of the disadvantaged that are most likely to influence the world's lawmakers, and the processes by which they will complete the next generation of multilateral institutions.

An innovative study, this book is important reading for anyone with an interest in international political economy, global governance, development and the politics of north-south relations.