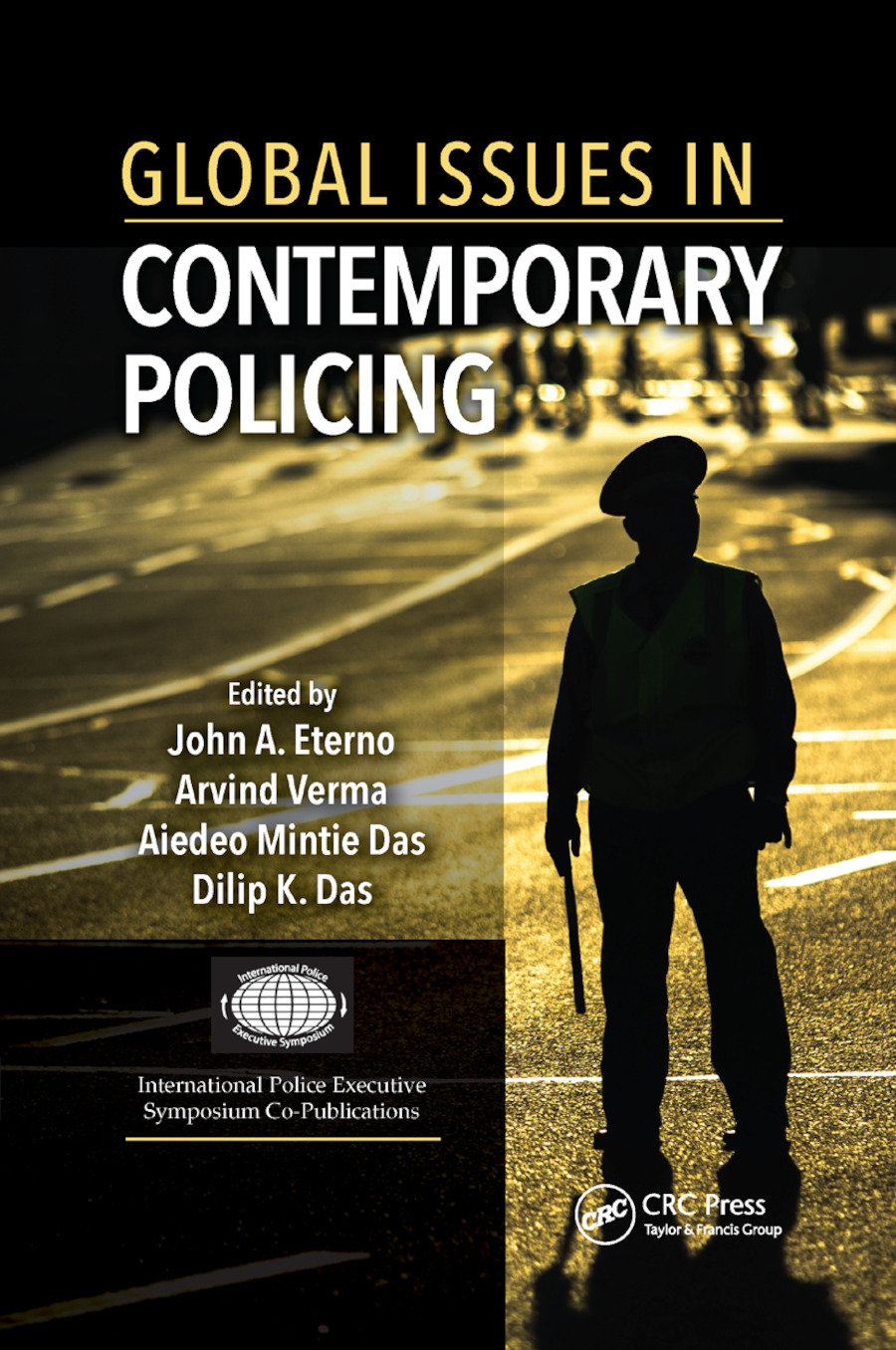 This book addresses six areas of policing: performance management, professional and academic partnerships, preventing and fighting crime and terrorism, immigrant and multicultural populations, policing the police, and cyber-security. The book contains the most current and ground-breaking research across the world of policing with contributors from over 20 countries. It is also a suitable reference or textbook in a special topics course. It consists of edited versions of the best papers presented at the IPES annual meeting in Budapest.

Stephen B. Perrott and Krystina Trites

John A. Eterno received his Ph.D. from the State University of New York at Albany. He is a Professor, Associate Dean, and Director of Graduate Studies in Criminal Justice at Molloy College and a retired Captain from the New York Police Department. Molloy College has recognized his accomplishments with specific awards in various areas including research/publication, teaching and service. He has penned numerous books, book chapters, articles, and editorials on various topics in policing. Some examples of his most recent publications: an op-ed in the New York Times entitled "Policing by the Numbers"; several peer-reviewed articles in Justice Quarterly and the books, The Crime Numbers Game: Management by Manipulation (with Eli B. Silverman), The New York City Police Department: The Impact of Its Policies and Practices, and The Detective’s Handbook (with Cliff Roberson).

Arvind Verma is a former officer of the Indian Police Service and currently Associate Professor in the Department of Criminal Justice at Indiana University, Bloomington. He is the author of a large number of publications. His research interests are in policing of India and computational criminology.

works as a digital media/content marketing specialist. As Director of Public Relations of the International Police Executive Symposium, she organizes international criminal justice symposia, coordinating with Ministries of Interior/Justice to bring together well-known academics and top police leaders in global venues. Currently, she is pursuing her graduate studies in Helsinki, Finland.

is a professor of criminal justice, former police chief, founding editor-in-chief of Police Practice and Research: An International Journal (PPR), and a human rights consultant to the United Nations. After serving in the Indian Police Service for 14 years, he moved to the United