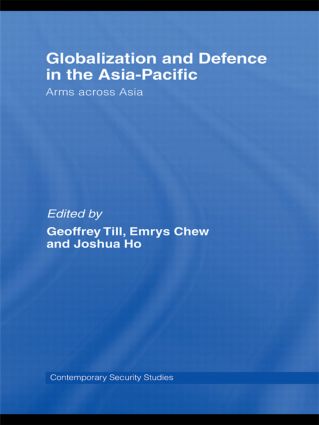 Globalisation and Defence in the Asia-Pacific

This edited volume examines the impact of globalisation on the economies, security policies and military-industrial complexes of the Asia-Pacific region.

The work is structured into three main parts. The first explores globalization and its general effects on the policy-making of the nation-state; the second section looks at how globalisation affects a country’s threat perception and defence posture within the specific context of the Asia-Pacific region; while the third explores how it impacts on a state’s allocation of resources to defence, and how economic globalization affects the defence industry, with specific reference to the procurement policies and practices of different states across the Asia-Pacific.

Geoffrey Till is Professor of Maritime Studies in the Defence Studies Department, Kings College London, and Director of the Corbett Centre for Maritime Policy Studies. He is author of many books on defence issues.