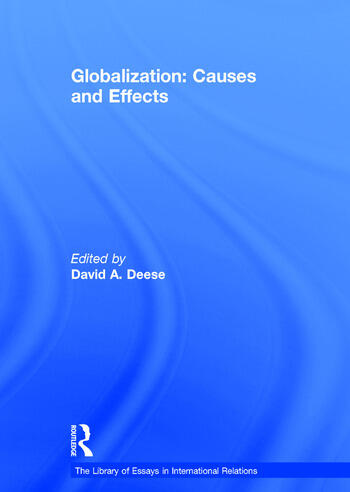 Globalization: Causes and Effects is the culmination of an eleven volume series that defines and explains the scholarly field of International Relations. Highlighting primary scholarly accomplishments in the field, this final title frames the sub-field of 'Globalization' and documents the fundamental milestones in thinking about and understanding this phenomenon. 'Globalization' is ripe for work integrating a wide range of leading research results and assessing its findings as a whole. Together, the pioneering articles selected for this book represent the most important scholarly contributions published to date on the main dimensions of globalization. The majority of the authors are political scientists, but a substantial number are economists, sociologists and historians. The volume covers Forms, Origins, and Causes; Political Dimensions and Implications; Economic and financial Impacts; Identity, Culture, and Civilization; and The Future of Globalization.