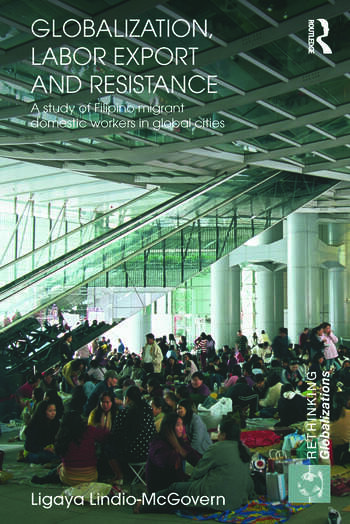 Moving beyond polemical debates on globalization, this study considers complex intersections of gender, race, ethnicity, nationality and class within the field of globalized labor.

As a significant contribution to the on-going debate on the role of neoliberal states in reproducing gender-race-class inequality in the global political economy, the volume examines the aggressive implementation of neoliberal policies of globalization in the Philippines, and how labor export has become a contradictory feature of the country's international political economy while being contested from below. Lindio-McGovern presents theoretical and ethnographic insights from observational and interview data gathered during fieldwork in various global cities—Hong Kong, Taipei, Rome, Vancouver, Chicago and Metro-Manila. The result is a compelling weave of theory and experience of exploitation and resistance, an important development in discourses and literature on globalization and social movements seeking to influence regimes that exploit migrant women as cheap labor to sustain gendered global capitalism.