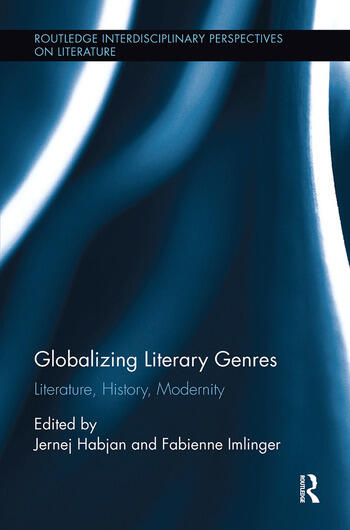 Focused on the relation between processes of globalization and literary genres, this volume intervenes in the prevalent notions of globalization, literary history, genre, and the novel. Using both close reading and world history, both literary criticism and political theory, the book is a timely intervention in the debates about world, postcolonial, and transnational literature as they have been intensified by critical globalization studies, world-systems analysis, Bourdieuan sociology, and cosmopolitanism studies. It contends that globalization, far from starting in recent decades, has a long and complex history, not unlike the history of literature itself, meaning that when we speak of globalization and literature, we in effect invoke the entire history of literature. Essays examine literary genres in relation to broader historical processes, connecting the present state of globalization to such key world-historic events as the early modern geographical and scientific explorations, the Enlightenment, the expansions of modernity in the long nineteenth and twentieth centuries, postmodernity and postcoloniality, and contemporary counter-hegemonic movements. The book offers innovative readings of the pastoral from Saint-Pierre to Carpentier; the novel in Kant and Wieland, and in Diderot and Marx; travel writing from Verne to Cortázar; sports writing in James and Kahn; entrelacement in Bolaño, Ghosh, and Soderbergh; and also the Mozambican ghost story, Indian genre fiction, "fake" autobiographies, Sephardic "language memoirs," the postcolonial Gothic, Irish "chick lit," and counter-hegemonic novels. Making important theoretical contributions to a renewed discussion about genre, especially genres of narrative fiction, this volume addresses global studies, the history of the novel, and debates over periodization and nationalism in literary history.

Introduction: Globalizing Literary Genres Jernej Habjan  Part I: From Here to Early Modernity  1. A Globe of Sinful Continents: Shakespeare Thinks the World Richard Wilson  2. The Art of Deception: L’Isle des Hermaphrodites in the Context of the Age of Discoveries Fabienne Imlinger  Part II: To the Enlightenment and Its Limits  3. Uncles and Nephews: Menippean Satire in the Capital of Modernity Jernej Habjan  4. Novel Cosmopolitan Writing: On the Genus and the Genre of Mankind (in Kant and Wieland) Robert Stockhammer  5. Arcadia Goes Overseas: Pastoral and Planetary Consciousness in Bernardin de Saint-Pierre’s Paul and Virginia Karin Peters  Part III: To the Long Nineteenth and Twentieth Centuries  6. The World as Network and Tableau: Jules Verne’s Around the World in Eighty Days Jörg Dünne  7. Orientalist Poetics, Autobiographical Fiction, and History-Defying Words: Sarkiz Torossian Inscribing Himself into World War I Christoph K. Neumann  8. Recording Remnants of Judeo-Spanish: On Language Memoirs and Translated Wor(l)ds Elisabeth Güde  9. Concretely Global: Concrete Poetry against Translation Andrea Bachner  10. The Literariness of Sport: Roger Kahn’s The Boys of Summer and C. L. R. James’ Beyond A Boundary In Search of a Genre Grant Farred  11. The Mozambican Ghost Story: Global Genre or Local Form? Peter Joost Maurits  Part IV: And Back  12. On the Tropes of Literary Ecology: The Plot of Globalization Alexander Beecroft  13. On Mapping Genre: Literary Fiction/Genre Fiction and Globalization Processes Suman Gupta  14. "A living death, life inside-out": The Postcolonial Toxic Gothic in Robert Barclay’s Meļaļ: A Novel of the Pacific Hanna Straß  15. World-Literature, World-Systems, and Irish Chick Lit Sorcha Gunne  16. The Form of Resistance: Literary Narration and Contemporary Radical Political Experience Hrvoje Tutek

Jernej Habjan is Research Fellow at the Literary Institute of the Research Centre of the Slovenian Academy of Sciences and Arts, Slovenia.

Fabienne Imlinger is Research Associate in the research training group "Globalization and Literature" at the Ludwig-Maximilians-Universität München, Germany.