God, Freud and Religion
The origins of faith, fear and fundamentalism 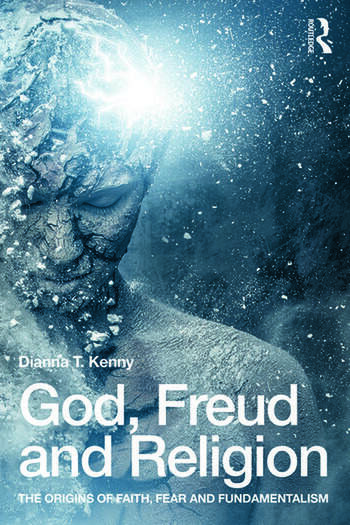 God, Freud and Religion: The origins of faith, fear and fundamentalism

Did God create man or did man create God? In this book, Dianna Kenny examines religious belief through a variety of perspectives – psychoanalytic, cognitive, neuropsychological, sociological, historical and psychiatric – to provide a coherent account of why people might believe in God. She argues that psychoanalytic theory provides a fertile and creative approach to the study of religion that attempts to integrate religious belief with our innate human nature and developmental histories that have unfolded in the context of our socialization and cultural experiences. Freud argued that religion is so compelling because it solves the problems of our existence. It explains the origin of the universe, offers solace and protection from evil, and provides a blueprint about how we should live our lives, with just rewards for the righteous and due punishments for sinners and transgressors. Science, on the other hand, offers no such explanations about the universe or the meaning of our lives and no comfort for the unanswered longings of the human race.

Is religion a form of wish-fulfilment, a collective delusion to which we cling as we try to fathom our place and purpose in the drama of cosmology? Can there be morality without faith? Are science and religion radically incompatible? What are the roots of fundamentalism and terror theology?

These are some of the questions addressed in God, Freud and Religion, a book that will be of interest to psychoanalysts, psychologists and psychotherapists, students of psychology, psychoanalysis, philosophy and theology and all those with an interest in religion and human behaviour.

Dianna Kenny is Professor of Psychology at the University of Sydney, Australia. She is the author of over 200 publications, including six books.

Dedication. Acknowledgements. Preface. Foreword. Science, God and Religion. Does God Exist? The Common Origins in Human Nature of Taboos, Conscience, Neurosis and Religion. The Origin and Meaning of Totems and Religion. Freud, Religion, Culture and Philosophy. Freud, the Demonic, Madness, and the Fanciful. Critiques of Freud’s Theory on Religion.

Group Psychology and the Psychoanalysis of Violence. Terror Theology and Fundamentalism. Conclusions and a Cautionary Tale. References. 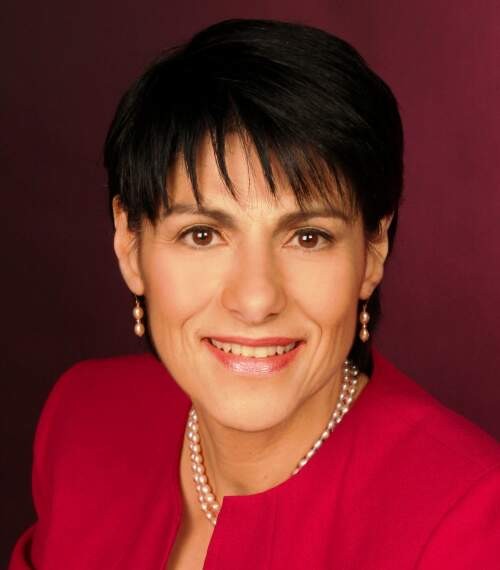 Professor of Psychology, The University of Sydney
Sydney, NSW, Australia

'This brief but information-packed book looks at religious extremism in relation to Freud’s psychoanalytic theory ... Kenny’s observations are balanced and based on solid research. Bringing Freud’s theories to contemporary events, the author explores in detail the psychological phenomenon of projection ... This is an excellent addition to the literature on the psychology of religion ... Summing Up: Essential. Upper-division undergraduates through faculty and professionals.' - J. Bailey, Caldwell Community College and Technical Institute, CHOICE, October 2015

'This is an arresting title, given the current political circumstances of our world, and whatever your major discipline there will be something here to intrigue and fascinate. Dianna Kenny has an astonishing breadth of thought, ranging through psychoanalytic theory, cognitive and behavioural science, neuropsychology, psychiatry, sociology, comparative religion and theology, spirituality, history and philosophy... I often\ pleaded for more research and an in-depth consideration of the motivation and meaning in people’s lives and for this to receive more attention in our professional community. Kenny certainly delivers the former, and deserves the latter, whatever our discipline or personal beliefs.' - John Eatock, Therapy Today July 2015

'Does God exist? Was Freud right to view religion as a residue of infantile wish-fulfillment? Can modern science and spirituality be reconciled? Not afraid to tackle the big questions, Kenny’s prodigious combination of clarity and scholarship are exceptional.  If Freud is the Bach of modern psychology, reading her – uniquely a Professor of Music as well as Psychology – is to encounter classic psychoanalytic scores interpreted in the light of contemporary understanding.  A must-read for all students of psychoanalysis, psychology, philosophy and religion, and all who seek illumination in a post-modern world of chaos and confusion.' - Professor Jeremy Holmes MD FRCPsych University of Exeter, UK'This a remarkable work of analysis and integration of perspectives. Dianna Kenny addresses crucial questions: can science and religion pull together as a team instead of pulling apart? Should we blame religious fanatics or religion itself for violence?

Does religion have a monopoly on values?

The author canvassers questions of faith, extremism and violence in Christian and Islamic religions in particular and evokes parallels with nationalistic ideologies and dictatorial regimes from earlier and more recent history.

This work should help us understand how fundamentalist beliefs are formed and why they are difficult to modify, and how religious beliefs can be employed in the service of perverting human nature for political and other secular purposes.

Professor Kenney’s discussion the formation of fundamentalist beliefs should contribute towards understanding some of the underlying roots of current conflicts, for example in the Middle East, and can help towards conflict resolution and peace in our troubled world. As such it is particularly timely.' - Ahmad Shboul AM, Former Chair of the Department of Arabic and Islamic Studies, The University of Sydney

'Religious fundamentalism—what Kenny aptly characterizes as terror theology-- has been a major source of violence, both large scale and small, over the course of human history. The terrorist attack on the World Trade Center and the "holy" crusades are just two of a multitude of examples of atrocity committed in the name of God. Thus Kenny’s penetrating, exhaustive, multidisciplinary examination of the genesis of religious belief and how it has been exploited for political purposes is no mere academic exercise. It is an attempt to locate significant roots of what philosopher Hannah Arendt aptly terms radical evil.' - Robert D. Stolorow, PhD, author, World, Affectivity, Trauma: Heidegger and Post-Cartesian Psychoanalysis (Routledge, 2011)

'Dianna T. Kenny's God, Freud and Religion: The Origins of Faith, Fear and Fundamentalism is a comprehensive and erudite exploration of some of the most perplexing problems of our times. It is essential reading for a wide audience. Psychologists, psychoanalysts, sociologists, anthropologists, and theologians will all find Kenny's thesis both provacative and compelling... Kenny has clearly undertaken a formidable challenge, one she handles commendably.' -Melvin Miller, Norwich University, and Melissa Sivvy, Goddard College, PsycCRITIQUES