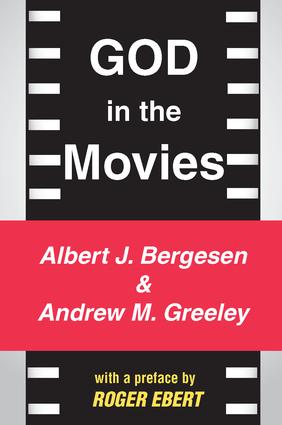 God in the Movies

The religious imagination is alive and well in the movies. Contrary to those who criticize Hollywood, popular movies very often have metaphorically represented God on the screen. From Clint Eastwood as an avenging angel in Pale Rider and Nicolas Cage as a love-sick angel in City of Angels, to Jessica Lange as an angel of death in All That Jazz, and from George Burns as God in Oh God! to Audrey Hepburn in Alwaysto pure white light in Fearless and Flatliners, God is very much present in the movies. Images of angels and God used by movie makers are explored here.This intelligent, insightful volume is an exercise in urban anthropology. Religious imagination is the subject and the movie house is its location. The authors show that the religious imagination is irrepressible, and shows up in our best-known example of popular cultures, movies. Contrary to conservative opinion that suggests that Hollywood is anti-religious, Greeley and Bergesen find just the opposite. Ordinary movies, not explicitly about religion and not made by particularly religious individuals often demonstrate some basic religious theme, point, or message. God in the Movies does not judge or approve, recommend or criticize; the authors simply alert the reader to the great variety of metaphors for God, angels, heaven, and hell, from beautiful women to white light at the end of the tunnel to Groundhog Day. They are not concerned with explicitly religious movies. This is not a study of Ben Huror The Last Temptations of Christ, but rather of ordinary mass-release movies, including Field of Dreams, Always, All That Jazz, Commandments, Babette's Feast, Fearless, Breaking the Waves, Jacob's Ladder, Flatliners, Ghost, Pale Rider, Star Wars, 2001, Dogma, and even Japanimation, like Ghost in the Shell.The authors' vivid explication of various cinematic metaphors for God is accompanied by an analysis of what these movies tell about our sociological attitudes toward life and death. They also discuss the social conditions that give rise to various kinds of imagery and forms of movies. In a real sense, this book is for both the professional concerned with religion, sociology, cultural studies, anthropology, media and cinema studies, and the layperson interested in how popular movies also contain religious imagery.