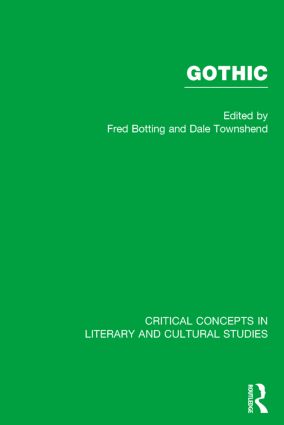 In the last two decades criticism of Gothic fiction has been transformed from a scholarly backwater, interesting itself in literary curiosities, to a wave of wide-ranging critical investigations collectively convinced of the significance, scope and centrality of the genre.

Embracing recent developments in critical theory and practice, work on Gothic has been able to engage systematically and penetratingly with issues of gender, history, race and politics, and so significantly extend the parameters of the field.

This collection brings together key works which convey the breadth of what is understood to be Gothic, and the ways in which it has produced, reinforced and undermined received ideas about literature and culture. In addition to its interests in the late eighteenth-century origins of the form, this collection aims to anthologise what it takes to be path-breaking essays on most aspects of Gothic production, including some of its nineteenth, twentieth and twenty-first century manifestations across a broad range of cultural media.

Volume IV: The Twentieth Century and Beyond.

This series provides concise, authoritative guides to key concepts in literary and cultural studies. Edited by acknowledged leaders in the field, the volumes consist of essential secondary literature. They give historical purchase on the development of the concept concerned and also provide students with a snapshot of current thinking.