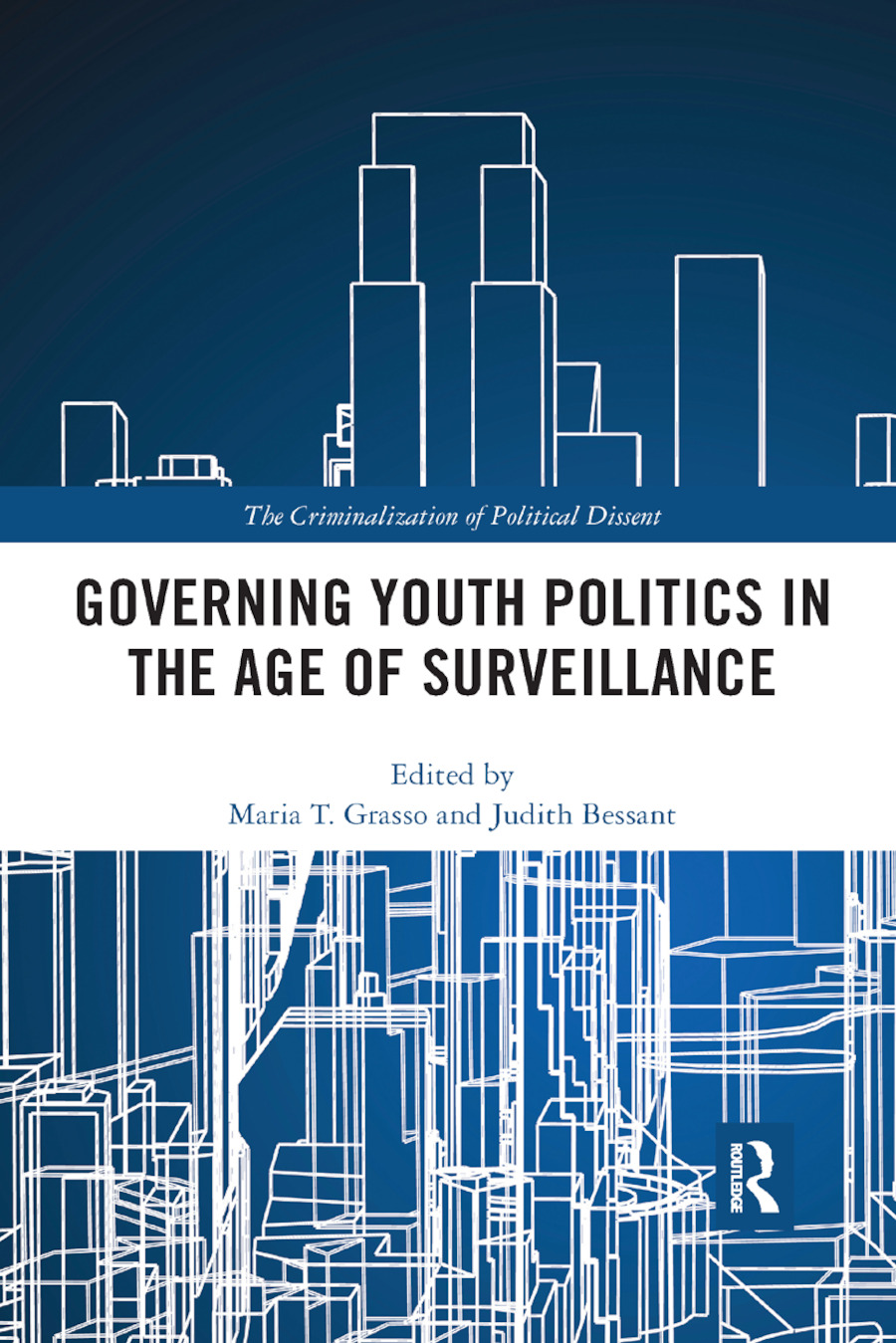 Governing Youth Politics in the Age of Surveillance

Drawing on case studies from around the world, contributors to this ground-breaking book explore a major contemporary paradox: on the one hand, young people today are at the forefront of political campaigns promoting social rights and ethical ideas that challenge authoritarian orders and elite privileges. On the other hand, too many governments, some claiming to be committed to liberal-democratic values, social inclusion and youth participation are engaged in repressing political activities that contest the status quo.

Contributors to this book explore how, especially since 9/11, governments, state agencies and other traditional power holders around the globe have reacted to political dissent authored by young people. While the ‘need’ to enhance ‘youth political participation’ is promoted, the cases in this book document how states are using everything from surveillance, summary offences, expulsion from universities, ‘gag laws’ and ‘antiterrorism’ legislation, and even imprisonment to repress certain forms of young people’s political activism. These responses diminish the public sphere and create civic spaces hostile to political participation by any citizen.

This book forms part of The Criminalization of Political Dissent series. It documents and interprets the many ways contemporary governments and agencies now routinely use various techniques to repress and criminalise political dissent.

is Professor at the Department of Politics, University of Sheffield, United Kingdom. She is the author of Generations, Political Participation and Social Change in Western Europe (2016) and co-editor of Austerity and Protest: Popular Contention in Times of Economic Crisis (2015). Her research focuses on political sociology and political engagement.

is Professor at RMIT University, Melbourne, Australia. She is widely published with books in policy, sociology, politics, youth studies, media studies and history, and has worked as an advisor for governments and non-government organisations. In 2017, she became a Member of the Order of Australia for her significant service to education as a social scientist, advocate and academic specialising in youth studies research.