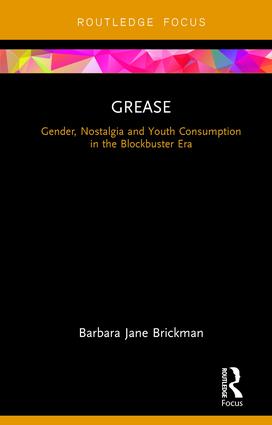 This book offers the first in-depth look at the history, social context, and industrial practices behind this teen musical phenomenon to suggest that social change, especially in terms of gender and sexuality, comes to the surface despite the film’s retro setting, blockbuster business model, and apparent nostalgic tone. The vast audience for this film over the last thirty-five years and the various "hopelessly devoted" fandoms indicate that Grease exceeds both the confines of its period and the limits of any one ideological message.

1. Rydell High Class of ’78: Teenagers in the Me Decade

3. There Are Worse Things I Could Do: Gender, Sexuality, and Camping Up Nostalgia

is an assistant professor of Media and Gender Studies at the University of Alabama. She has published on youth media, female fandom, and 1970s genre films. She is the author of New American Teenagers: The Lost Generation of Youth in 1970s Film.

Cinema and Youth Cultures engages with well-known youth films from American cinema as well the cinemas of other countries. Using a variety of methodological and critical approaches the series volumes provide informed accounts of how young people have been represented in film, while also exploring the ways in which young people engage with films made for and about them. In doing this, the Cinema and Youth Cultures series contributes to important and long standing debates about youth cultures, how these are mobilized and articulated in influential film texts and the impact that these texts have had on popular culture at large.