The performance of ground support as a scheme is essential to constrain failures occurring at the rock surfaces of deep or highly stressed excavations. This book covers laboratory and theoretical developments coupled with field experiments and observations with implementation of the methodology at mines. It explains the energy dissipation capabilities of reinforcement and support systems leading to the design of complete ground support schemes that can maintain integrity following dynamic ejection of a mass of rock from an excavation boundary.

Ernesto Villaescusa is a Mining Engineer with over 35 years of experience with specialization in underground mining methods and ground support of underground excavations. Over the last 25 years, Ernesto has conceptualized and undertaken several research projects in Ground Support Technology. The projects have been undertaken at the Western Australian School of Mines (WASM) in conjunction with many sponsoring companies. The research projects ranged from static and dynamic laboratory testing of support and reinforcement elements to in-situ assessment of ground support corrosivity. One of the main objectives was to understand the energy dissipation capabilities of reinforcement and support systems leading to the design of complete ground support schemes that can maintain integrity following a dynamic ejection at an excavation boundary. Ernesto has also worked extensively in underground excavation design and in 2014 published the textbook Geotechnical Design for Sublevel Open Stoping. In May 1997, he established the Mining Rock Mechanics Research Group at WASM in Kalgoorlie. Since then, the WASM team has graduated under his direct supervision a total of 13 PhD students. In addition, more than 50 Master’s degree candidates have completed a postgraduate mining geomechanics program at Curtin University. A major benefit of this is the rapid technology transfer of mining rock mechanics research into industry practice. Also noteworthy is that, over the past 25 years, research by the group has received more than $30 Million AUD in funding from a large number of mining industry companies.

was formally trained in civil and geotechnical engineering and has over 40 years of industrial experience, mainly in the area of ground support for underground rock excavations. Alan has collaborated and worked with mining companies, ground control hardware manufacturers and contractors, consultants and Government regulatory authorities located throughout all states of Australia. He has also worked internationally in Argentina, Brazil, Canada, Chile, Papua New Guinea, South Korea, South Africa and Thailand. These work assignments have involved applied research, consulting, independent ground support component and system testing and assessment for development, ground support technology transfer and training. Alan and his colleagues in the early 1980s developed the double embedment length test for evaluating cement grouted reinforcement systems in the laboratory. This test configuration became the standard accepted and used by various organisations throughout the world. In the last two decades the double embedment test has been used in the WASM Dynamic Test Facility from which many results are presented throughout this book. To complement laboratory testing, Alan developed software to simulate the load transfer in all types of reinforcement systems. This software can replicate the response of reinforcement systems to static and dynamic loading and provides invaluable insight in the expected in situ performance of reinforcement systems. Alan has also been involved in development of software which integrates various modules ranging from analysis of geological mapping data to the stability assessment of reinforced blocks of rock subjected to either static or dynamic loading. The outcomes from the innovative work have resulted in more than 50 technical papers that have been presented at international conferences in countries such as Australia, Canada, Chile, Hong Kong and USA. Alan is currently enjoying semi-retirement in the remote seaside town of Esperance in the South-East of Western Australia.

Christopher R Windsor has over 40 years of experience in rock mechanics research and development. He obtained his first degree in Civil Engineering, followed by an MSc and a DIC (Imperial College of Science Technology and Medicine, London). He spent 16 years at the CSIRO as a Senior Principal Research Scientist and manager of the Rock Reinforcement Group, 5 years as Director of Rock Technology and finally 11 years as Principal Investigator of CRC Mining Projects and Associate Professor at WASM. During this period, he managed and participated in 5 back-to-back, 3-year research projects conducted by CSIRO and later by Rock Technology, all sponsored by the Australian and International Mining Industry.

In his initial projects he concentrated on developing instruments and methods to measure deformation in structured rock and reinforcement, many of which were commercialised. He then worked on developing mapping procedures and computer programs for statistically analysing and characterising rock structure geometry. These were supplemented with a suite of deterministic and probabilistic block theory procedures and programs for reinforcement design in structured rock. His later projects involved analysing and reconciling the stress in Earth’s crust using a stress database comprising most of the rock stress tensor measurements that have been conducted.

Chris has conducted research for over 50 companies on four continents, written over 50 computer programs, over 50 scientific papers, over 50 technical reports, given advanced training to over 60 post graduates at 8 Universities, organised and assisted in over 10 Conferences, given over 50 industrial training courses and was awarded 2 patents. He was joint founder of the Australian Shotcrete Association, spent 10 years on the national Committee for Australian Underground Construction and Tunnelling, 10 years as AUCTA editor, 8 years national correspondent for the International Journal of Tunnelling and Underground Space Technology and an editor for the International Journal of Rock Mechanics and Mining Sciences. He gave the Bicentennial Engineering Lecture at ICE in London on Australian tunnelling and in 1996 was awarded the Schlumberger Prize for Excellence in Rock Mechanics.

was trained in mining and geotechnical engineering and has 30 years of industrial and research experience. This covers a broad and applied knowledge base in areas of mine engineering (production and planning), mine design (method selection and layouts), geotechnical assessments (rock mass classification and variability) for mine excavations (entry and non-entry). John has worked as a site-based mining and geotechnical engineer, as a researcher and as a consultant. John is the owner and Principal Engineer of the consulting company MineGeoTech. At WASM, John undertook his PhD studies and was responsible for the design, construction and first 10 years (from 2001 to 2011) of testing at the WASM Dynamic Test Facility. 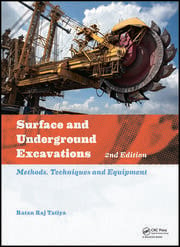 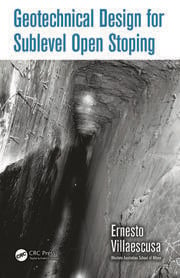