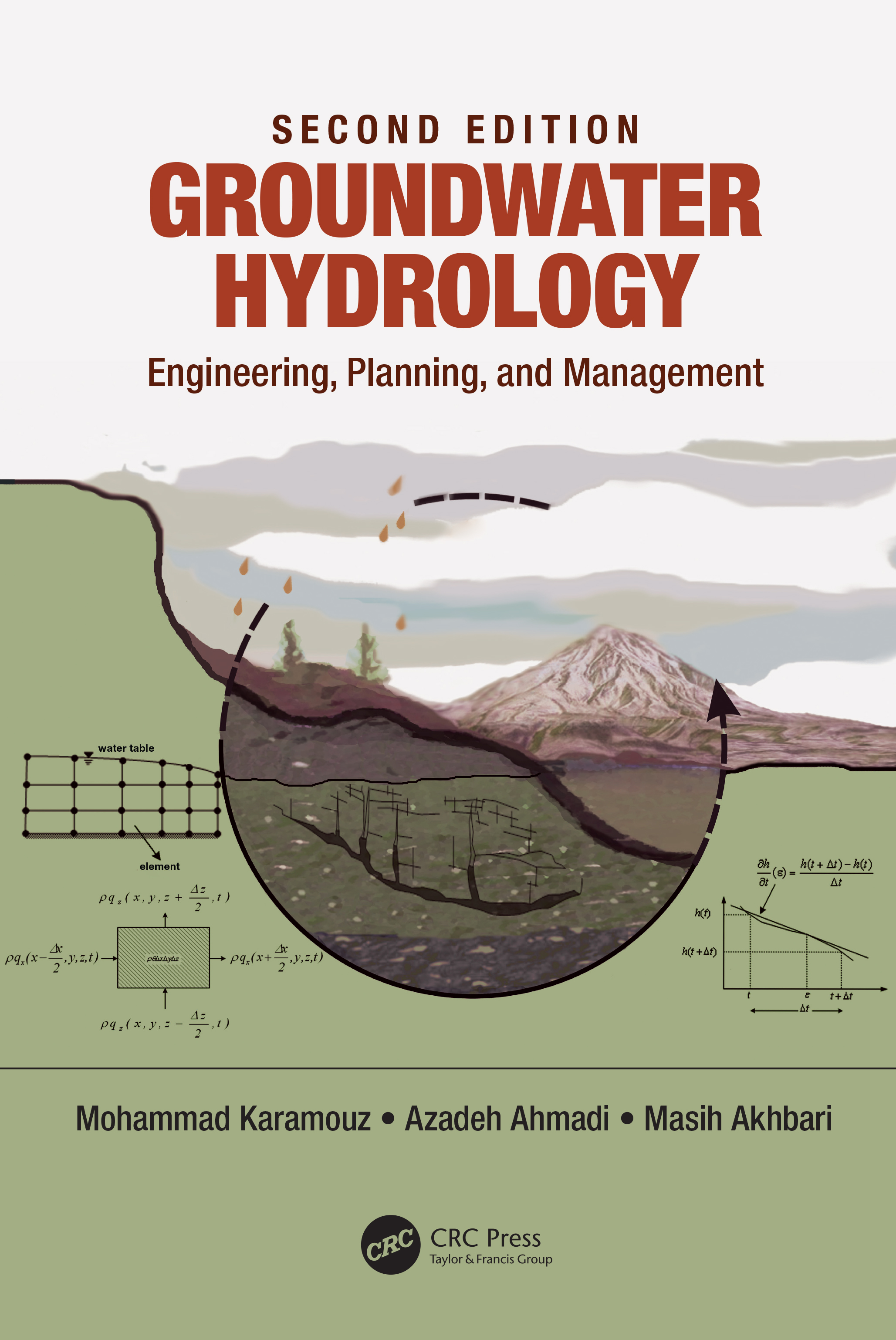 Increasing demand for water, higher standards of living, depletion of resources of acceptable quality, and excessive water pollution due to urban, agricultural, and industrial expansions have caused intense environmental, social, economic, and political predicaments. More frequent and severe floods and droughts have changed the resiliency and ability of water infrastructure systems to operate and provide services to the public. These concerns and issues have also changed the way we plan and manage our surface and groundwater resources. Groundwater Hydrology: Engineering, Planning, and Management, Second Edition presents a compilation of the state-of-the-art subjects and techniques in the education and practice of groundwater and describes them in a systematic and integrated fashion useful for undergraduate and graduate students and practitioners. This new edition features updated materials, computer codes, and case studies throughout.

Written for students as well as practicing water resource engineers, the book develops a system view of groundwater fundamentals and model-making techniques through the application of science, engineering, planning, and management principles. It discusses the classical issues in groundwater hydrology and hydraulics followed by coverage of water quality issues. It also introduces basic tools and decision-making techniques for future groundwater development activities, taking into account regional sustainability issues. The combined coverage of engineering and planning tools and techniques, as well as specific challenges for restoration and remediation of polluted aquifers sets this book apart.

Mohammad Karamouz is a Professor at the University of Tehran. He is an internationally known water resources engineer and consultant. He is licensed as a PE in the state of New York since 1985. Dr Karamouz is the former dean of engineering at Pratt Institute in Brooklyn, New York. He is also a fellow of the American Society of Civil Engineers (ASCE), and a diplomat of the American Academy of Water Resources Engineers.

Among many professional positions and achievements, he also serves on a number of task committees for ASCE. In his academic career spanning 35 years, he has held positions as a tenured professor at Pratt Institute (Schools of Engineering and Architecture in Brooklyn) and at Polytechnic University (Tehran, Iran). He was a visiting professor in the Department of Hydrology and Water Resources at the University of Arizona, Tucson, 2000–2003 and a research professor at NYU, 2009-2014. He was also the founder and former president of Arch Construction and Consulting Co. Inc. in New York City.

His teaching and research interests include integrated water resources planning and management, flood resilient cities, groundwater hydrology and pollution, drought analysis and management, water quality modeling and water pollution, decision support systems, climate forecasting, and conjunctive use of surface and groundwater. He has more than 350 research and scientific publications, books, and book chapters to his credit, including three books entitled Urban Water Engineering and Management and Hydrology & Hydroclimatology published by CRC press in 2010, and 2012 respectively, and Water Resources System Analysis published by Lewis Publishers in 2003, and a coauthored book entitled Urban Water Cycle Processes and Interactions published by Taylor & Francis Group in 2007.

Professor Karamouz serves internationally as a consultant to both private and governmental agencies such as UNESCO and the World Bank. Dr Karamouz is the recipient of 2013 ASCE Service to the profession and 2018 ASCE Hydraulic Engineering awards.

is an associate professor in the Department of Civil Engineering at Isfahan University of Technology (IUT). She received her BS in civil engineering and her MS in water resources engineering from IUT, and her PhD in water resources management from the University of Tehran. She was a research associate in the Department of Civil and Environmental Engineering at the University of Bristol through a UK fellowship in 2008 and at the eawag institute of ETH University in 2017. Dr. Ahmadi is an international expert and consultant in the application of systems engineering in the planning of aquifer-river-reservoir systems. Her teaching and research interests include groundwater modeling, water engineering and management, systems analysis, conjunctive use of surface and groundwater, conflict resolution, climate change impacts studies, analysis of risk and uncertainty, and development of decision support systems.

the founder of Global Water Resources Inc., where he develops interdisciplinary models and provides consultant services for water resources management, and offers expert witness services on cases with disputes over management of water resources systems. He is also a Project Engineer at Larry Walker Associates, where he supports development of Groundwater Sustainability Plans under California’s Sustainable Groundwater Management Act. Prior to these positions, he served as a Senior Water Resources Engineer at Riverside Technology inc., a cutting-edge company that provided innovative IT-based solutions to develop decision support systems for water resources.

Dr. Akhbari obtained his PhD from Colorado State University (CSU), followed by two postdoctoral research at University of California Davis to investigate effects of climate change on streamflow, stream temperature, and cold-water habitat for California Energy Commission, and at CSU to assess United States perspective on water-energy-food nexus for the Department of State and U.S. Army Corps of Engineers. His journey to apply increasingly complex tools of analysis to thorny problems around the world has already led to the development of interdisciplinary decision-support tools to increase security of water, energy, and food systems. He has employed hydrologic, engineering, systems analysis, and social science concepts to develop frameworks and tools that support informed decision-making for improved management of water resources.

Through his academic background along with his professional experience outside of academia, he has gained a unique blend of research experience and knowledge of the broader impacts of technology advances to deal with the most urgent global water issues. He has built a rigorous perspective on how scientific, engineering, and systems analysis techniques can be implemented to support resources planning and management. Dr. Akhbari has also serviced as a review panelist for National Science Foundation’s Graduate Research Fellowship Program, as a discussion panelist at the American Water Resources Associations Annual Conference, as a reviewer for multiple scientific journals, as a session chair and convener at the American Geophysical Union Fall Meetings, and as a co-advisor on multiple Masters and PhD theses.