Groundwork for a Transpersonal Psychoanalysis
Spirituality, Relationship, and Participation 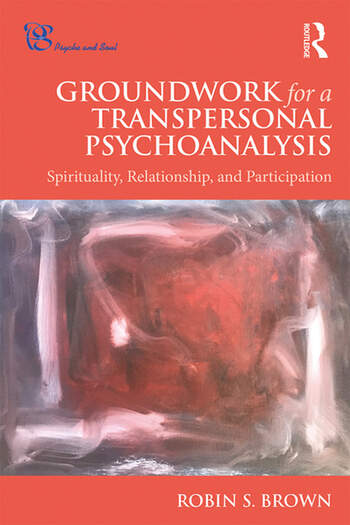 Groundwork for a Transpersonal Psychoanalysis: Spirituality, Relationship, and Participation

This book explores how a deeper engagement with the theme of spirituality can challenge and stimulate contemporary psychoanalytic discourse.

Bringing relational psychoanalysis into conversation with Jungian and transpersonal debates, the text demonstrates the importance of questioning an implicit reliance on secular norms in the field. With reference to recognition theory and shifting conceptions of enactment, Brown shows that the continued evolution of relational thinking necessitates an embrace of the transpersonal and a move away from the secular viewpoint in analytic theory and practice.

With an outlook at the intersection of intrapsychic and intersubjective perspectives, Groundwork for a Transpersonal Psychoanalysis will be a valuable resource to analysts looking to incorporate a more pluralistic approach to clinical work.

PART I.  1. The Spiritual Ground of Psychoanalysis  2. Where do Minds Meet?  3. Being Psychological  PART II.  4. Panpsychism and Psychotherapy  5. Imaginal Action  6. Therapeutic Non-Action  PART III. 7. Towards a Participatory Psychoanalysis  8. Bridging Worlds

Robin S. Brown, PhD, LP, NCPsyA, is a psychoanalyst in private practice and a member of adjunct faculty for the Counseling and Clinical Psychology Department at Teachers College, Columbia University. He is the author of Psychoanalysis Beyond the End of Metaphysics: Thinking Towards the Post-Relational, and the editor of Re-Encountering Jung: Analytical Psychology and Contemporary Psychoanalysis.

"In this timely and insightful volume, Robin Brown offers an invitation to re-introduce spirituality into psychoanalytic theory and treatment. Crossing the artificial divide left by the falling-out between Freud and Jung, Brown eruditely argues for the important recognition of the transpersonal aspects of the unconscious that underpin insight-oriented psychotherapies. Groundwork for a Transpersonal Psychoanalysis is an important text for all psychotherapists committed to a deeper understanding of the human struggle."

"If you are already interested in the relationship of spirituality and psychoanalysis (in particular, Jungian and relational psychoanalysis), you will want not only to read this book, but also to study it carefully. You will want to keep it ready to hand. And if you are someone for whom psychoanalysis and spirituality don’t usually mix, consider giving this book your serious attention, anyway. It is strong, thoughtful, and original; it is lucid about difficult matters; and its scholarship is deep and thorough. Brown doesn’t settle for well-worn paths. He thinks through every issue for himself, and that makes it well worth going with him."

"Robin Brown’s Groundwork for a Transpersonal Psychoanalysis masterfully lays out the need for a transpersonal dimension in relational psychoanalysis, while at the same time building a bridge between contemporary psychoanalysis and analytical psychology. Written in an articulate, well-referenced, and insightful manner, Brown’s text has far-reaching implications for relational thinking. His argument is also carefully grounded in clinical examples. The volume is a cutting edge, thought provoking ‘must’ read for psychoanalytic scholars and psychoanalytic practitioners of all theoretical orientations."