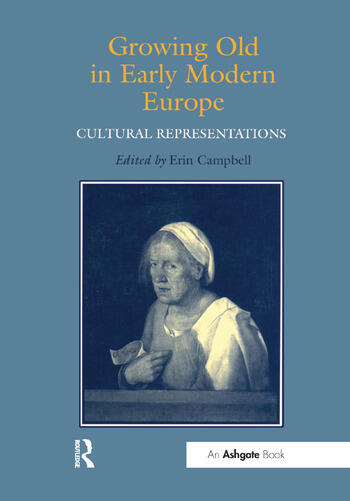 The goal of the twelve essays in this volume, contributed by scholars in the fields of history, literature, art history, and medicine, is to enrich our understanding of cultural discourses on ageing in early modern Europe. While a number of books examine old age in other eras, and a few touch on the early modern period, this is the first to focus explicitly on representations of ageing in Europe from 1350-1700. These studies invite the reader to take a closer look at images of ageing; they show that representations are embedded in specific communities, life situations, and structures of power. As well, the book explores how representations of old age function in various and often surprising ways: as repositories of socio-cultural anxieties, as strategies of self-fashioning, and as instruments of ideology capable of disciplining the body and the body politic. Since this book is about how old age as a cultural category was produced and maintained through representation, the essays in this volume are organised thematically across geographic, disciplinary, and media boundaries to foreground the politics and poetics of representational strategies. The contributors to this collection show that our understanding not only of ageing, but also of power, subjectivity, gender, sexuality, and the body is enriched by the study of cultural representations of old age. Through sensitive and sophisticated readings of a wide range of sources, these papers collectively demonstrate the formative influence and generative force of images of old age within early modern European culture.

Erin Campbell is Assistant Professor at the Department of History in Art, University of Victoria, Canada.