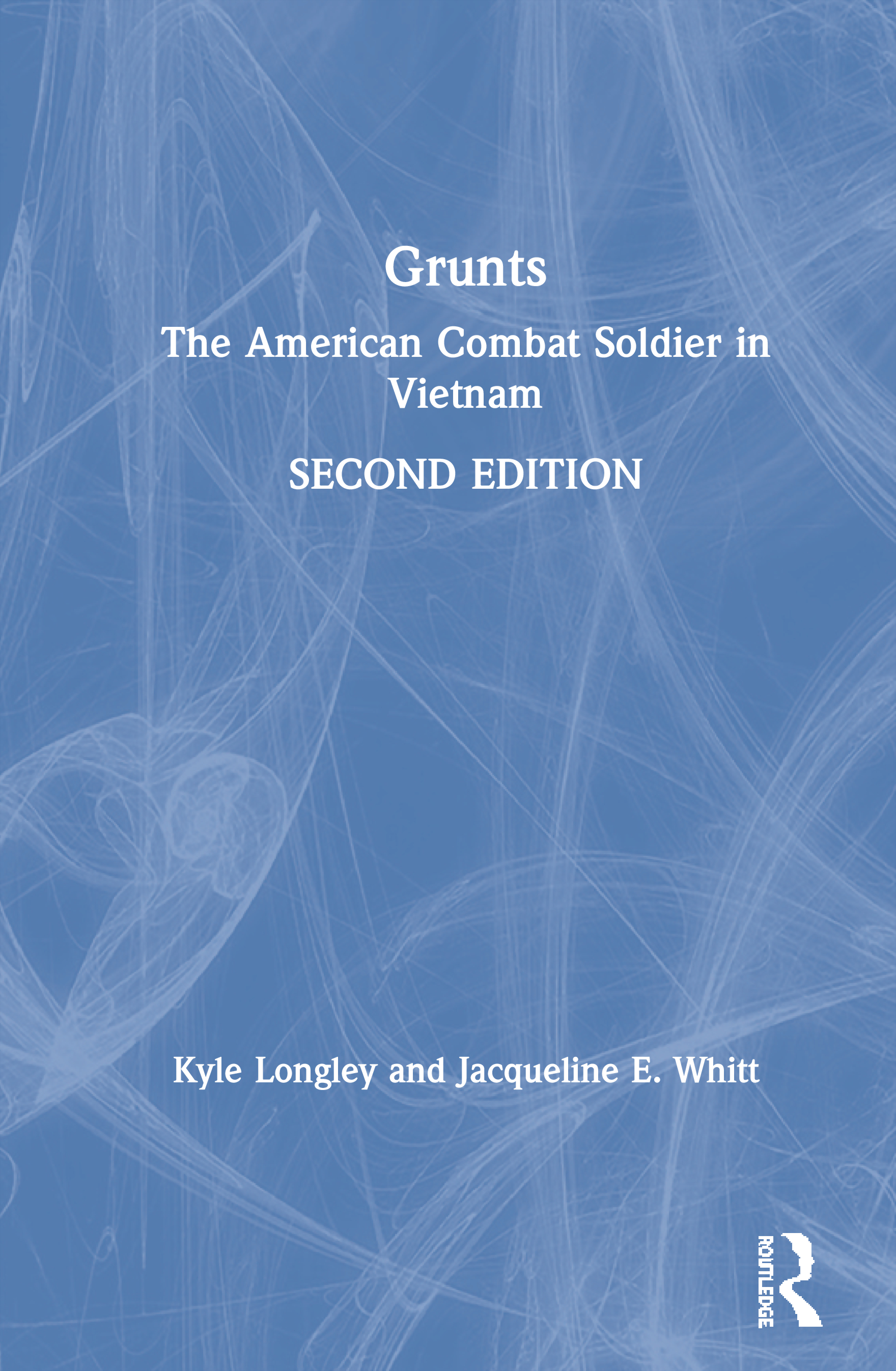 Now in its second edition, Grunts: The American Combat Soldier in Vietnam provides a fresh approach to understanding the American combat soldier’s experience in Vietnam by focusing on the day-to-day experiences of front-line troops.

The book delves into the Vietnam combat soldier’s experience, from the decision to join the army, life in training and combat, and readjusting to civilian life with memories of war. By utilizing letters, oral histories, and memoirs of actual veterans, Kyle Longley and Jacqueline Whitt offer a powerful insight into the minds and lives of the 870,000 "grunts" who endured the controversial war. Important topics such as class, race, and gender are examined, enabling students to better analyze the social dynamics during this divisive period of American history. In addition to an updated introduction and epilogue, the new edition includes expanded sections on military chaplains, medics, and the moral injury of war. A new timeline provides details of major events leading up to, during, and after the war.

A truly comprehensive picture of the Vietnam experience for soldiers, this volume is a valuable and unique addition to military history courses and classes on the Vietnam War and 1960s America.

1. Johnny Get Your Gun: Decisions to Enter the U.S. Military During the Vietnam War 2. Building GI Joe: Induction and Recruit Training During the Vietnam Era 3. The First Wave: The American Infantryman in Vietnam, 1961-1968 4. The Winter of Their Discontent: After Tet Until the Withdrawal and Fall of Saigon, 1968-1975 5. Coming Home: Reintegrating Into Society and Memory of the American Infantryman in Vietnam

Kyle Longley is the Snell Family Dean’s Distinguished Professor of History and Political Science at Arizona State University. He is the author of nine books including The Morenci Marines: A Tale of Small Town America and the Vietnam War.

Jacqueline E. Whitt is Associate Professor of Strategy at the United States Army War College. She writes about the social and cultural history of the US Army and about strategic theory. She is the author of Bringing God to Men: American Military Chaplains and the Vietnam War (UNC Press, 2014).