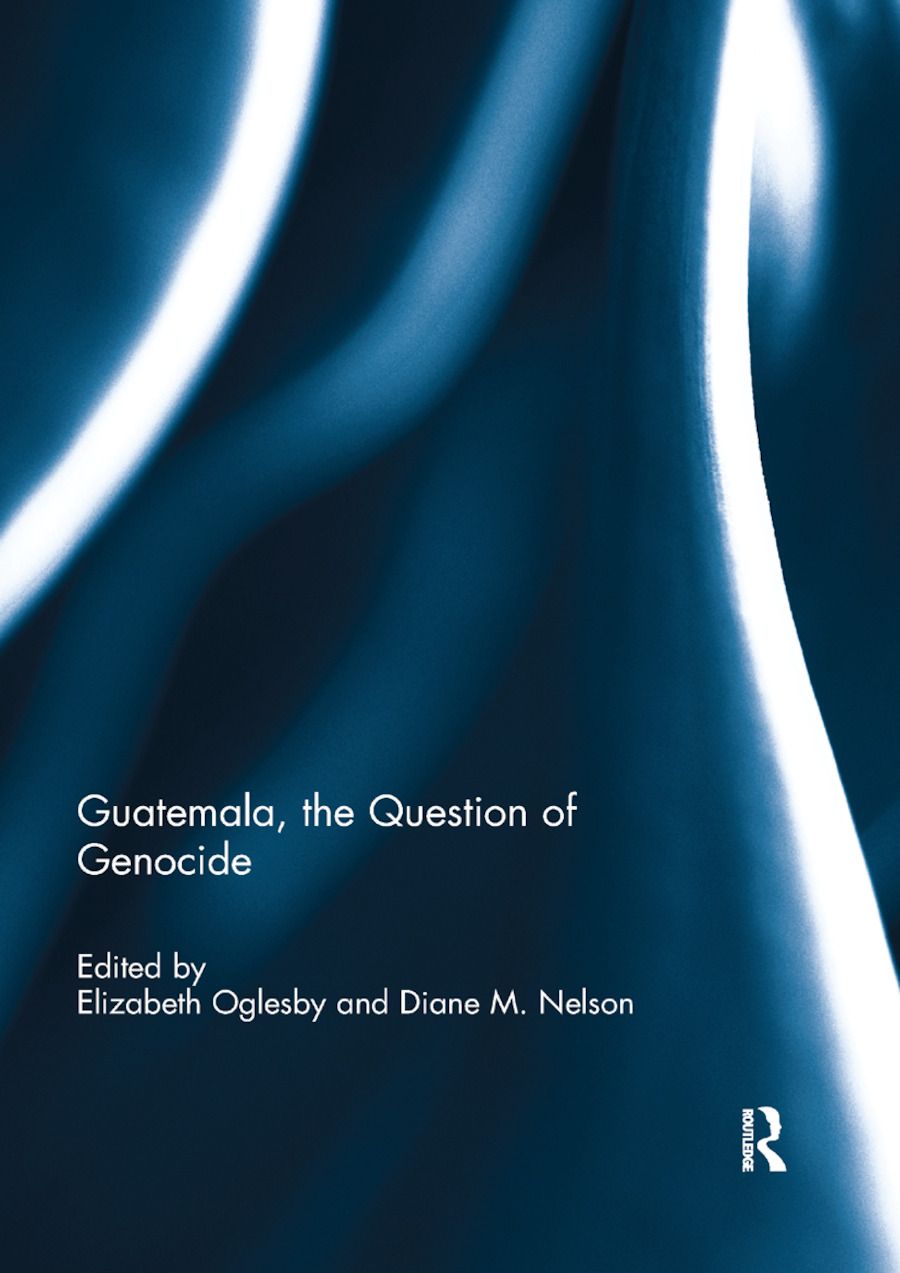 Guatemala, the Question of Genocide

In Guatemala, it was called the "trial of the century": the 2013 prosecution of former de facto head of state (1982-1983) General José Efraín Ríos Montt and his intelligence chief, General José Mauricio Rodríguez Sánchez, on charges of genocide and crimes against humanity against the Maya-Ixil people. Ríos Montt's seventeen-month reign was one of the bloodiest periods in Guatemala's history, with "scorched earth" massacres, the destruction of hundreds of Maya communities, and militarized resettlement of Mayas into "model villages."  Ríos Montt was convicted on all charges. Ten days later, a higher court vacated the verdict on dubious procedural grounds. Nevertheless, Guatemala's genocide trial, held in the domestic courts in the country where the crimes were committed, was precedent-setting.

In this volume, Guatemalan and international scholars rigorously explore the complexities of the Guatemala experience and reflect upon the case's implications for understanding and prosecuting the category of genocide more broadly. Topics include: the nexus of racism and counterinsurgency in explaining Guatemala's genocide; the politics of Maya collective memory; the intersections of gender, sexuality, and ethnicity in genocide; the decades-long interconnections of national and transnational justice processes that brought the case to trial; and the limits and contributions of tribunal justice.

This book was originally published as a special issue of the Journal of Genocide Research.

1. Introduction: Guatemala’s genocide trial and the nexus of racism and counterinsurgency Elizabeth Oglesby and Diane M. Nelson 2. From heaven to hell in ten days: the genocide trial in Guatemala Jo-Marie Burt 3. Bonesetting: the algebra of genocide Diane M. Nelson 4. International accompaniment, reflexivity and the intelligibility of power in post-conflict Guatemala Etienne Roy Grégoire and Karen Hamilton 5. Surviving in the margins of a genocide case in the making: recognizing the economy of testimony at stake in research on political violence Karine Vanthuyne and Ricardo Falla 6. Perpetrators: specialization, willingness, group pressure and incentives. Lessons from the Guatemalan acts of genocide Manolo E. Vela Castañeda 7. ‘Our ongoing fight for justice’: the pasts and futures of genocidio and justicia in Guatemala Heather A. Vrana 8. Carrying a heavy load: Mayan women’s understandings of reparation in the aftermath of genocide Alison Crosby, M. Brinton Lykes and Brisna Caxaj 9. Peace without social reconciliation? Understanding the trial of Generals Ríos Montt and Rodriguez Sánchez in the wake of Guatemala’s genocide Roddy Brett 10. ‘The realities of power’: David Stoll and the story of the 1982 Guatemalan genocide Marc Drouin 11. The reconciliation trap: disputing genocide and the land issue in postwar Guatemala Berthold Molden 12. Waging peace: a new generation of Ixiles confronts the debts of war in Guatemala Krisjon Olson 13. The Ríos Montt case and universal jurisdiction Amy Ross

Elizabeth Oglesby is Associate Professor of Latin American Studies and Geography at the University of Arizona, USA. She has worked in Guatemala since 1986 and is co-editor of The Guatemala Reader: History, Culture, Politics. In 2013, she testified as an expert witness in the Guatemala genocide trial.

is a cultural anthropologist at Duke University, USA, and has worked in Guatemala since 1985. Her books include Who Counts: The Mathematics of Death and Life After Genocide; Reckoning: The Ends of War in Guatemala; and A Finger in the Wound: Body Politics in Quincentennial Guatemala.