This book is designed to be a quick guidelines-oriented approach to the topic of project management. It contains the essential management practices required to produce successful project outcomes.

helps the non-technical reader who might have been originally put off by a more robust treatment of project management. It uses the 80/20 rule where 80% of the project management problem may originate from just 20% of the cause. The book includes easy to understand examples illustrating key topics and offers advice and references for further reading. The book also helps the reader on how to define what the target is with the project and how to execute it to get the desired results.

1. Introduction. 2. What Is a Project? 3. Why Do Projects Have Trouble? 4. How Do You Measure Success? 5. Picking a Reject Management Structure. 6. Role of the Work Package. 7. Breakdown Structure (WBS). 8. Project Plans and the Baseline. 9. Managing the Human Resource. 10. Contingency Plans. 11. Risk Management. 12. Tracking Status: Formal Communications.

Gary L. Richardson, recently retired as the PMI Houston Endowed Professor of Project Management at the University of Houston, College of Technology graduate-level project management program. Gary comes from a broad professional background, including industry, consulting, government, and academia. After graduating from college with a basketball scholarship, he served as an officer in the U.S. Air Force, leaving after four years of service with the rank of Captain. He followed this as a manufacturing engineer at Texas Instruments in the Government Products Division. Later, non-academic experience involved various consulting-oriented assignments in Washington, DC, for the Defense Communications Agency, Department of Labor, and the U.S. Air Force (Pentagon). A large segment of his later professional career was spent in Houston, TX, with Texaco, Star Enterprise (Texaco/Aramco joint venture), and Service Corporation International in various senior IT and CIO-level management positions. Interspersed through these industry stints, he was a tenured professor at Texas A&M and the University of South Florida, along with adjunct professor stints at two other universities. He joined the University of Houston in 2003 to create their project management graduate program and retired from that university in 2019. During this period, he taught various external project management courses to both international and U.S. audiences. He previously held professional certifications as Project Management Professional (PMP), Professional Engineer (PE), and Earned Value Management (EVM). Throughout his career, he published nine computer- and management-related textbooks and numerous technical articles.

Gary earned his B.S. in Mechanical Engineering from the Louisiana Tech, an AFIT post-graduate program in Meteorology at the University of Texas, a M.S. in Engineering Management from the University of Alaska, and a Ph.D. in Business Administration from the University of North Texas. His broad experience, associated with over 100 significant projects of various types over more than a fifty-year period, have provided a wealth of background in this area as he observed project outcomes and various management techniques that have evolved over this time.

, PMP, is a Professor of Aviation Human Factors and Graduate Program Chair at the Florida Institute of Technology (Florida Tech), College of Aeronautics, USA. She is also the Florida Tech Site Director for the Federal Aviation Administration (FAA) Partnership to Enhance General Aviation Safety, Accessibility and Sustainability (PEGASAS) Center of Excellence. She has worked for Florida Tech since 2003, where she instructs both graduate and undergraduate students teaching in on-campus and online programs. Formerly, she was a faculty member in information systems and the Academic Chair for the Project Management Track in the Online MBA Program when she worked in the Bisk College of Business.

Before Florida Tech, she worked for the National Aeronautics and Space Administration (NASA) at the Kennedy Space Center (KSC) from 1992 to 2003. In her career, both at Florida Tech and at NASA KSC, she has been the principal investigator of funded research from the Federal Aviation Administration (FAA), NASA, Small Business Administration (SBA), Florida Department of Education (DOE), Department of Health and Human Services (DHHS), NASA, Oak Ridge Associated Universities (ORAU), and other organizations. Her research has been in project management, pilot safety, human factors, learning effectiveness, and government accountability.

She received her Ph.D. in Industrial Engineering and B.S. in Business Administration from the University of Central Florida. She also holds an MBA from Florida Tech. She has over 75 publications. 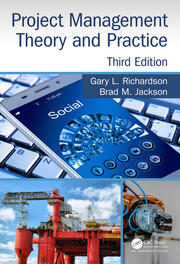 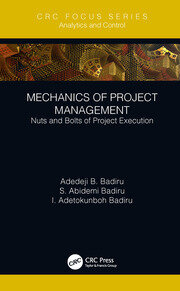 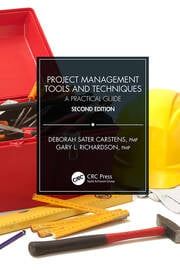