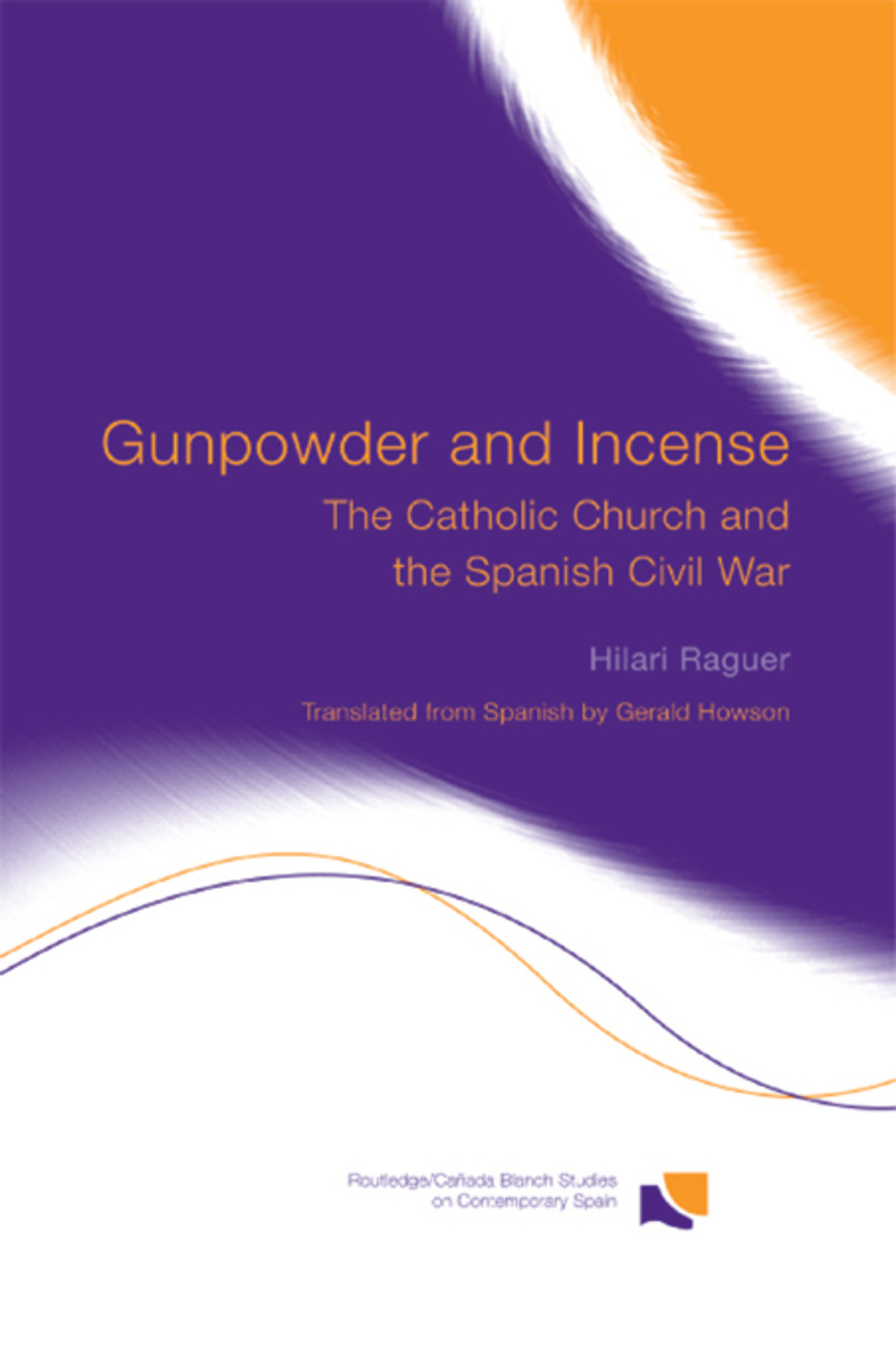 The Catholic Church and the Spanish Civil War, 1st Edition

Now available in English for the first time, Gunpowder and Incense (translated from the Spanish La Pólvora y el Incienso) chronicles the role of the Church in Spanish politics, looking in particular at the Spanish Civil War.

Unlike most books on the subject, Hilari Raguer looks beyond the traditional explanation that the war was primarily a religious struggle. His writing presents an exemplary "insider's" perspective, and is notable for its balance and perception on the role of the Catholic Church before, during and after the War.

The material is presented in a lucid, elegant manner - which makes this book as readable as it is historiographically important. It will be vital reading for students and scholars of European, religious and modern history.

. . . Without any doubt, the most nuanced and sophisticated analysis of the subject anywhere in existence. - Helen Graham, Professor of Spanish History, Royal Holloway, University of London

Scholars of modern Spain and, indeed, the Church in twentieth-century Europe more generally must not hesitate to refer to this engrossing, thoroughly researched, and perspective-changing work. - Raymond McCluskey, The Catholic Historical Review

Prologue. Introduction 1. The religious Question during the Spanish Republic 2. The Initial Reasons for the Rebellion 3. From the Pronunciamiento to the Crusade 4. The Initial Attitude of the Spanish Bishops 5. The Initial Attitude of the Vatican 6. The Collective Letter 7. Persecution and Repression 8. Stories of Persecution and Repression 9. Franco’s Relations with the Vatican are Strengthened 10. The Third Spain: Doves and Hawks 11. The Republic Desires Reconciliation with the Church 12. The Exile of Cardinal Vidal i Barraquer 13. The Church of Victory. Documentary Appendix. Chronology. Bibliography. Abbreviations. Index