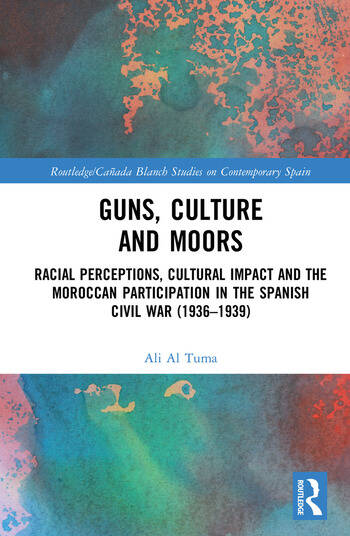 The history of the Moroccan troops in the Spanish Civil War (1936–1939) is the story of an encounter between two culturally and ethnically different people, and the attempts by both sides, Moroccan and Spanish, to take control of this contact. This book shows to what extent colonials could participate in negotiating limits and taboos rather than being only on the receiving end of them. The examination of this encounter, in its military, religious, as well as sexual aspects, sheds new light on colonial relations, and on how unique or typical the Spanish colonial case is in comparison to other European ones.

Part I: Combat and life in the army

1. A military overview of the Spanish Civil War and the role of the Moroccan troops

2. The Moroccans on the battlefield

3. The Moroccan and his army

Part II: Women and religion: the Moroccans and Spanish society

5. Moros y Cristianos: religious aspects of the participation of Moroccan soldiers in the war

6. The Republic and the Moroccans

7. To be Spanish, to be Moroccan

Ali Al Tuma is a JSPS fellow at the United Nations University in Tokyo, and was a faculty member at Leiden University.