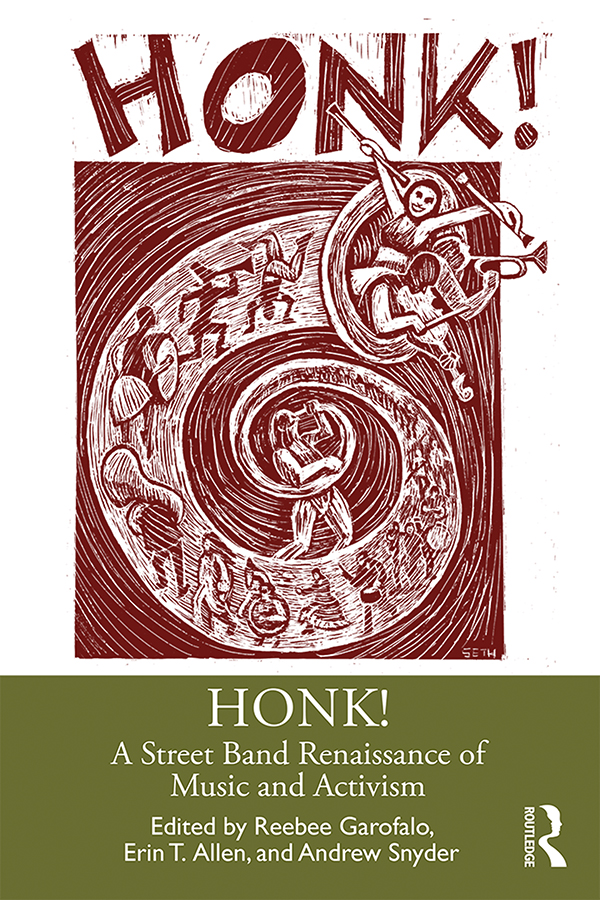 A Street Band Renaissance of Music and Activism, 1st Edition

HONK! A Street Band Renaissance of Music and Activism explores a fast-growing and transnational movement of street bands—particularly brass and percussion ensembles—and examines how this exciting phenomenon mobilizes communities to reimagine public spaces, protest injustice, and assert their activism. Through the joy of participatory music making, HONK! bands foster active musical engagement in street protests while encouraging grassroots organization, representing a manifestation of cultural activity that exists at the intersections of community, activism, and music. This collection of twenty essays considers the parallels between the diversity of these movements and the diversity of the musical repertoire these bands play and share.

In five parts, musicians, activists, and scholars voiced in various local contexts cover a range of themes and topics:

The HONK! Festival of Activist Street Bands began in Somerville, Massachusetts in 2006 as an independent, non-commercial, street festival. It has since spread to four continents. HONK! A Street Band Renaissance of Music and Activism explores the phenomenon that inspires street bands and musicians to change the world and provide musical, social, and political alternatives in contemporary times.

Reebee Garofalo is a scholar of popular music studies and Professor Emeritus at the University of Massachusetts Boston, and he plays snare with Somervillle's Second Line Brass Band.

Erin T. Allen is an ethnomusicologist who plays trumpet with Chicago’s Environmental Encroachment.