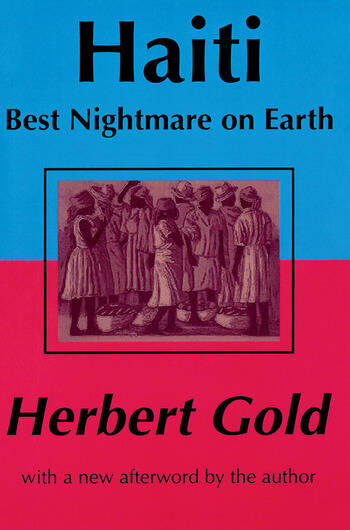 Five decades ago, award-winning author Herbert Gold traveled to Haiti on a Caribbean version of the Fulbright Scholarship. The journey proved to be a turning point in his life. Fifty years later, his attachment to the tiny Caribbean nation-his second home-remains as passionate and powerful as ever. Now, in Best Nightmare on Earth, he explores the secret life of this vibrant, volatile, violent land. "Beautiful...bizarre...dangerous...exotic, a Garden of Eden fallen into despair, a tiny nation of unimaginable misery and unpredictable grace, an island where life is a kind of literature, a world of "unlimited impossibility." This is Herbert Gold's Haiti, a country of extraordinary paradox and remarkable extremes-of gingerbread dream houses and wretched slums, of brutal repression and explosive creative energy. Where else, he asks, can you run into evil spirits on the back roads, or find the goddess of fertility and orgasm represented by a photo of a tap-dancing Shirley Temple? Where else is there such generosity amid such corruption, such humor in the midst of such desperation?In his many Haitian travels, Gold has dined with Graham Greene and chatted with the hated Duvalier oppressors. He has traded stories with CIA saboteurs, former Nazis, rum-soaked diplomats, and voodoo priests. He has taken in the cockfights and hunted for pirate treasure. He has nearly died of malaria; he has faced machete-wielding gangs of Ton-Ton Macoutes. He followed the traffic in Haitian blood to American hospitals and watched the AIDS epidemic take its toll. He listened to the steady beat of drums rolling down mist-shrouded mountains, and shared in the flirting, drinking, and laughter of the streets. He has captured the essence of this land where tragedy is the music the people dance to. Herbert Gold reflects on the country's history and politics, culture and folklore, but sees much more. He sees Haiti through the eyes of a lover: impassioned, jealous, probing, ever alert, and alive. This book will be of interest to travelers to, and people interested in the problems of, Haiti and the Caribbean; and collectors of Haitian art.