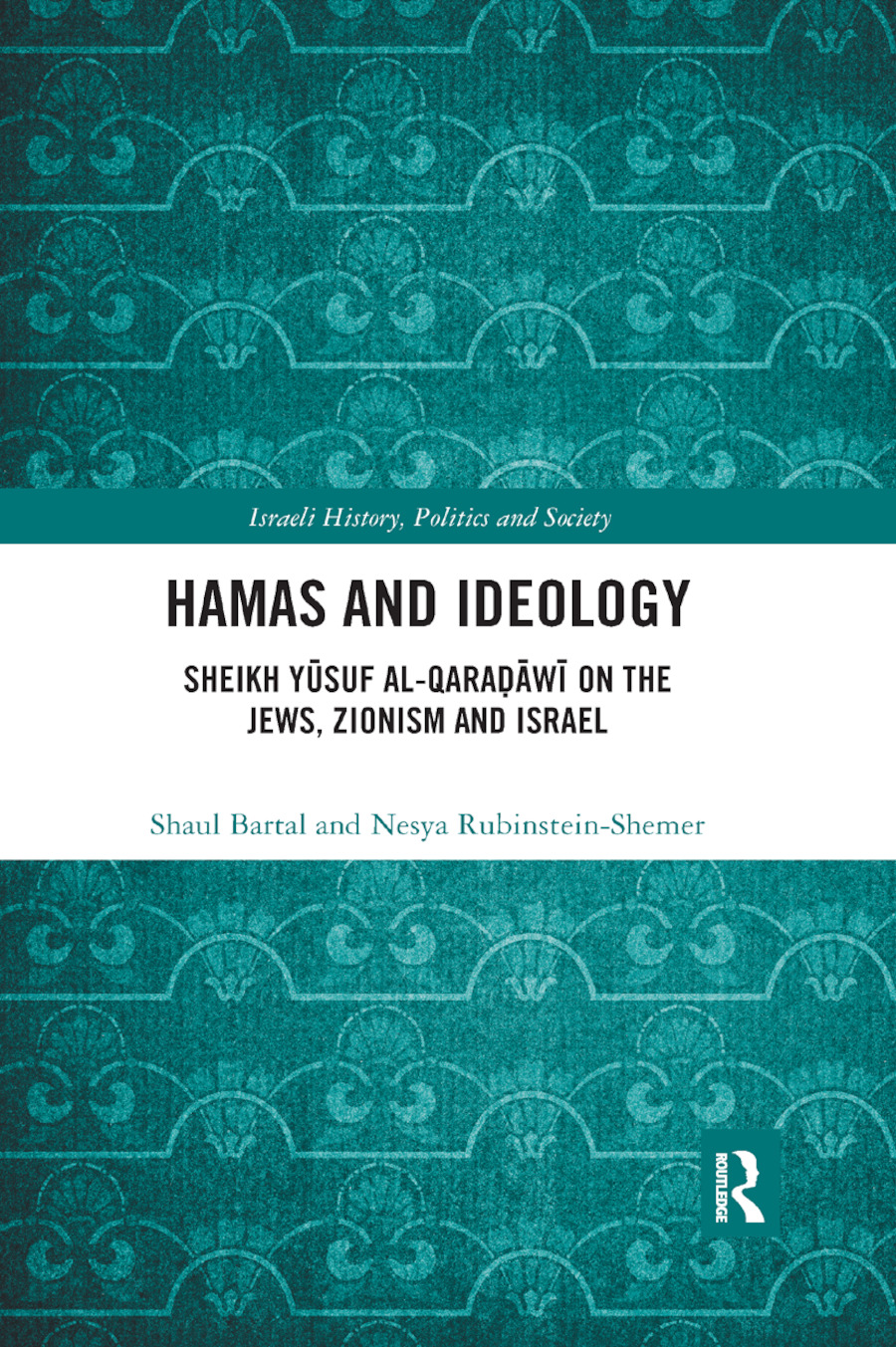 Sheikh Yusūf al- Qaraḍāwī is regarded as the most influential contemporary Muslim religious figure. His best-selling book, Al-Ḥalal wal-Ḥaram fi al-Islam ("The Forbidden and the Permitted in Islam") is perhaps one of the most widely read Islamic works, after the Qur’ān. The subject of jihad in Palestine is a salient feature of Qaraḍāwī’s thought and is addressed frequently in his books. His views on Israel and on the Jews shape those of many Muslims throughout the world.

This book paints al- Qaraḍāwī’s portrait within the context of the subject of the struggle for Palestine and assesses why he is committed so fervently to the Palestinian course. It also sheds light on another important aspect of al-Qaradawi’s thought, namely the marked contrast between his ideas regarding the Muslim world and his views on relations with other religions and countries. Whereas al- Qaraḍāwī is considered to be a moderate in Islamic matters, his attitude toward the Jews and to Israel is one of abiding hatred and uncompromising struggle. The book aims to classify Qaraḍāwī’s thought along the axis of moderation and extremism by drawing comparisons between Qaraḍāwī’s teachings and those of other Muslim jurists. Furthermore, it compares the features of antisemitic writing with that of Qaraḍāwī in order to answer the question as to whether Qaraḍāwī’s teachings actually constitute an expression of anti-semitism.

Despite the subject of jihad in Palestine being so central to Qaraḍāwī’s thought, there has not been a comprehensive and systematic academic study of this to date. The book therefore represents a major contribution to the field and will appeal to anyone studying the Israel-Palestine conflict, Islamic Studies, Jewish Studies, Terrorism and Political Violence.

is a teaching associate in the Department of Middle Eastern Studies at Bar-Ilan University. He is a specialist on Palestinian affairs and Islamic fundamentalism.

is Assistant Professor in the Department of Middle Eastern Studies at Bar-Ilan University. Her research focuses on classical Islamic law and the relations between Islam and Judaism.