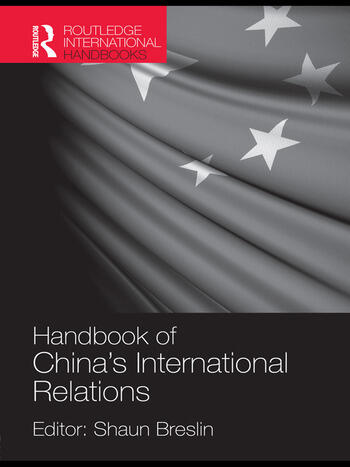 In a relatively short period of time, the study of China’s international relations has gone from being a topic that interested a fairly small group of scholars and analysts to one that is close to – if not actually at – the centre of academic and policy agendas. Moreover, it is not just the importance of these relations that have changed, but also their type and scale. China’s relations with the USA and questions of ‘great power’ politics may continue to dominate, with relations with the rest of Asia coming a close second; but economic interactions, and their political consequences, with countries in Latin America, the Middle East and Africa are also becoming increasingly important, and have implications far beyond the price and distribution of key commodities.

Following an introductory overview of the nature of China’s international relations and diplomacy, this handbook is divided into three main sections:

Part I: Ideas and Interests – changes in theoretical thinking on international relations in China; how ideas are transmitted into the policy-making community; the role of public opinion.

For some, China’s rise suggests an inexorable momentum towards instability and conflict. Conversely, others (including most of the authors in this handbook) point to the steps China has taken to conform to existing norms and expectations of ‘great power’ responsibility. In spite of these disagreements, there seems to be a growing consensus that how China defines and pursues its national interests will become the key determinant of how the global system evolves in the future.

The editor, Shaun Breslin, is Professor of Politics and International Studies at the University of Warwick.
He has published books on comparative politics, Mao Zedong, centre-local relations in China and, most recently, China and the global political economy.