Handbook of Discrete and Computational Geometry

Handbook of Discrete and Computational Geometry

The Handbook of Discrete and Computational Geometry is intended as a reference book fully accessible to nonspecialists as well as specialists, covering all major aspects of both fields.

The book offers the most important results and methods in discrete and computational geometry to those who use them in their work, both in the academic world—as researchers in mathematics and computer science—and in the professional world—as practitioners in ﬁelds as diverse as operations research, molecular biology, and robotics.

Discrete geometry has contributed signiﬁcantly to the growth of discrete mathematics in recent years. This has been fueled partly by the advent of powerful computers and by the recent explosion of activity in the relatively young ﬁeld of computational geometry. This synthesis between discrete and computational geometry lies at the heart of this Handbook.

Csaba D. Toth is a professor of mathematics at Cal State Northridge, located in the city of Los Angeles, and a visiting professor of computer science at Tufts University in the Boston metro area. He is the author of more than 90 papers in discrete and computational geometry. His main research interests are in hierarchical subdivisions in low-dimensional spaces, topological graph theory, and geometric optimization.

Joseph O'Rourke is professor of Computer Science and of Mathematics at Smith College, and director of the Statistical and Data Science program. His research is in computational geometry, developing algorithms for geometric computations. He has authored or coauthored five books besides this Handbook. His most recent book, "How To Fold It," is written for high-school students.

Jacob E. Goodman is, along with Richard Pollack, a Founding Editor of the journal "Discrete & Computational Geometry." He retired from City College, C.U.N.Y. in 2008. The author of over 60 papers in algebraic geometry, combinatorics, and discrete geometry, he has spent most of his time since his retirement composing music and working on a mystery novel. Goodman received the Lester R. Ford Award from the MAA in 1990, and is a Fellow of the AMS.

"Discrete and computational geometry is a thriving ﬁeld, and the collective knowledge represented in this third edition of the Handbook is evidence of this. Twenty years have passed since the publication of the ﬁrst edition [Handbook of discrete and compu-tational geometry, CRC Press Ser. Discrete Math. Appl., CRC, Boca Raton, FL, 1997; MR1730156], and since then, the area has seen a tremendous growth due in part to the inﬂuence of both the ﬁrst and second editions [Handbook of discrete and computational geometry, Discrete Math. Appl. (Boca Raton), Chapman & Hall/CRC, Boca Raton, FL, 2004; MR2082993] of the Handbook. The new edition can be expected to serve a similar purpose for future generations of researchers and practitioners.

The third edition has a new co-editor, Csaba D. T´oth, who joins the two editors of the previous editions, Jacob E. Goodman and Joseph O’Rourke.

The third edition of the Handbook has been substantially revised. The addition of almost 400 pages has resulted in a volume of well over 1900 pages. Fifty-eight out of the sixty-ﬁve chapters of the second edition have been updated (sometimes with a slightly revised title), many of them by the original authors, others in collaboration with new co-authors. Ten new chapters have been added, for an overall count of sixty-eight chapters.

The new version remains an invaluable resource for anyone interested in discrete and computational geometry and in related areas, including specialists and non-specialists. The Handbook continues to be an attractive one-stop reference book." 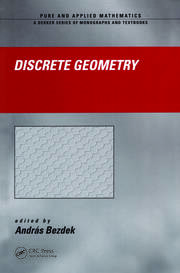 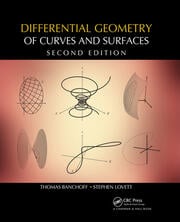