Handbook of Flexible and Stretchable Electronics

Handbook of Flexible and Stretchable Electronics

Flexibility and stretchability of electronics are crucial for next generation electronic devices that involve skin contact sensing and therapeutic actuation. This handbook provides a complete entrée to the field, from solid-state physics to materials chemistry, processing, devices, performance, and reliability testing, and integrated systems development. This work shows how microelectronics, signal processing, and wireless communications in the same circuitry are impacting electronics, healthcare, and energy applications.

• Offers a comprehensive base of knowledge for moving forward in this field, from foundational research to technology development;

• Focuses on processing, characterization, and circuits and systems integration for device applications;

• Addresses the basic physical properties and mechanics, as well as the nuts and bolts of reliability and performance analysis;

This handbook will serve as the one-stop knowledge base for readership who are interested in flexible and stretchable electronics.

Joseph B. Andrews, Jorge A. Cardenas, and Aaron D. Franklin

15 Flexible and Stretchable Paper-Based Structures for

Richard A. Chapman, and Manuel Quevedo-Lopez

received his BSc in Electrical and Electronic Engineering from

Bangladesh University of Engineering and Technology, Dhaka, Bangladesh, in 2000. Then he completed

MSc in Electrical Engineering from University of South California, Los Angeles, CA, in 2002.

Texas at Austin, in 2004 and 2005, respectively. Currently, he is a professor of Electrical Engineering

at King Abdullah University of Science and Technology (KAUST), Thuwal, Saudi Arabia. He was

recently a visiting professor in EECS of University of California, Berkeley. Before joining KAUST, Prof.

A regular panelist of US NSF grants reviewing committees, he is the fellow of American Physical Society

Transactions on Electron Devices, and an IEEE Senior Member. He has served as first or corresponding

150 journal papers). He has more than 60 issued and pending US patents. His students are serving as

research as one of the Top 10 World Changing Ideas of 2014. Applied Physics Letters selected his paper as

one of the Top Feature Articles of 2015. He and his students have received 39 research awards including

Sustainability Challenge Award 2012, etc. His research has been highlighted extensively in international

expand the horizon of CMOS electronics and technology for futuristic applications.

received her BSc degree in Computer and Communications Engineering from

the Rafik Hariri University, Lebanon, in 2012, her MSc degree in Microsystems Engineering from the

Masdar Institute of Science and Technology, Abu Dhabi, UAE, in 2014, and her PhD degree in

Interdisciplinary Engineering from the Masdar Institute in 2017. Currently, she is a post-doctoral

research fellow with Professor Muhammad Mustafa Hussain at the MMH labs at KAUST. Her current

research focuses on the design and fabrication of futuristic electronics.

She has received several awards for her research, including the 2015 For Women in Science Middle

East Fellowship by L’Oreal-UNESCO, Best Paper Award in the Micro/Nano-systems section at the

Award, and was portrayed in the 2019 “Remarkable Women in Technology” by UNESCO. She has published

2 book chapters, and has 4 pending US patents. She has served as a Jury member for the 2017 For Women

2019 For Women in Science Awards by L’Oreal-UNESCO. Her research has been highlighted extensively 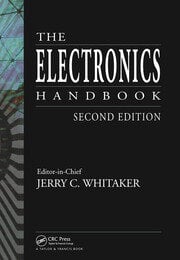 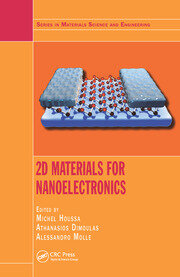