Globalization transcends borders and cultures as it develops both from the natural flow of information and communication technologies and as a directed and driven quest for global hegemony by self-serving corporations and world political heavyweights. It bears a multifaceted web of influence that manifests in inequalities in growth, prosperity, and accountability in varying social, cultural, and economic contexts.

The Handbook of Globalization, Governance, and Public Administration is the first comprehensive resource that untangles this complex knot of issues. Mapping the multi-layered relationships among the individuals, local and national governments, international organizations, global corporations, natural resources and the world market, this encyclopedic volume is both a primer and a guide for researchers, academics, and policymakers both public and private.

The book demonstrates in broad terms how globalization presents new threats to national sovereignty, the environment and public health, tends to increase worldwide inequality, and produces global insecurity. Using country-specific cases, the essays examine the role of bureaucracy and market orientation in Hong Kong and China, the new position of public-private partnerships in Africa as protectors instead of exploiters of the people, a Russian implementation of incentive systems to maintain local growth, and the fruitless corruption of a land development scheme in India. Ethics and the need for future global consciousness is illustrated by energy policy, which pits consumers and business interests against local communities and is moderated only by supranational organizations.

The solution calls for sustainable development to be grounded in community-based institutions while governments seek growth through market expansion worldwide. Concerns for public health, climate change, and sustainable energy are growing in the global village and understanding the multi-dimensional chess game is key to survival.

SECTION IV: GLOBALIZATION AND ADMINISTRATIVE REFORM AND REORGANIZATION
Global Administrative Reforms and Transformation of
Governance and Public Administration
Globalization of Administrative Reforms: The Dilemmas of Combining Political Control and Increased Institutional
Autonomy
Globalization, Regulatory Regimes, and Administrative
Modernization in Developing Nations: Toward a Theoretical
Framework
Promising the Future or Just Empty Promises? The Paradoxes and Perils of Human Resource Management Reform in a Global Context
Deconstructing the Nation-State Bureaucracies:
Supranationalization and Regionalization as Polarizing Forces in the New Europe

SECTION VI: GLOBALIZATION: ISSUES IN PUBLIC MANAGEMENT
New Public Management: Theory, Ideology, and Practice
Global Ethics in the 21st Century: An Alternative Approach
Subnational Governments and Globalization: The Changing Face of Federalism
Globalization and Energy
Globalization within Countries in Conflict: The Energy Company Case
Competitive Advantage and Market Organizations in the
21st Century: Market Driving or Market Driven
Revenues and Expenditures in Russian Oblasts: The Changing Role of Financing State and Local Public Services
The Earth Charter: Toward a New Global Environmental Ethic
Globalization: The Changing Nature of Education and
Training for Administration of Government
Global Health and Human Rights: Challenges for Public
Health Administrators in an Era of Interdependence and Mobility
The Globalization of Public Budgeting in the United States
Global Climatic Stabilization: Challenges for Public Administration in China and the United States
World Crisis in Public Service and Administration 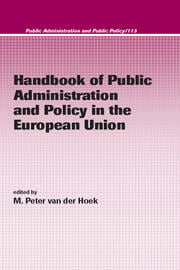 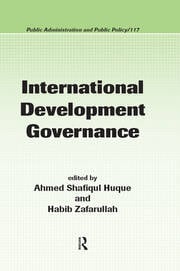