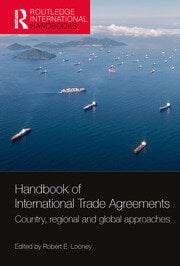 International trade has, for decades, been central to economic growth and improved standards of living for nations and regions worldwide. For most of the advanced countries, trade has raised standards of living, while for most emerging economies, growth did not begin until their integration into the global economy. The economic explanation is simple: international trade facilitates specialization, increased efficiency and improved productivity to an extent impossible in closed economies. However, recent years have seen a significant slowdown in global trade, and the global system has increasingly come under attack from politicians on the right and on the left. The benefits of open markets, the continuation of international co-operation, and the usefulness of multilateral institutions such as the World Trade Organization (WTO), the International Monetary Fund and the World Bank have all been called into question. While globalization has had a broadly positive effect on overall global welfare, it has also been perceived by the public as damaging communities and social classes in the industrialized world, spawning, for example, Brexit and the US exit from the Trans-Pacific Partnership.

The purpose of this volume is to examine international and regional preferential trade agreements (PTAs), which offer like-minded countries a possible means to continue receiving the benefits of economic liberalization and expanded trade. What are the strengths and weaknesses of such agreements, and how can they sustain growth and prosperity for their members in an ever-challenging global economic environment?

The Handbook is divided into two parts. The first, Global Themes, offers analysis of issues including the WTO, trade agreements and economic development, intellectual property rights, security and environmental issues, and PTAs and developing countries. The second part examines regional and country-specific agreements and issues, including NAFTA, CARICOM, CETA, the Pacific Alliance, the European Union, EFTA, ECOWAS, SADC, TTIP, RCEP and the TPP (now the CPTPP), as well as the policies of countries such as Japan and Australia.

Robert E. Looney is a Distinguished Professor in the National Security Affairs Department at the Naval Postgraduate School, Monterey California, USA. He received his PhD in Economics from the University of California, Davis. He specializes in issues relating to economic development in the Middle East, Latin America and Africa. He has published 22 books, including: Economic Policymaking in Mexico: Factors Underlying the 1982 Crisis (Duke University Press), and Iraq’s Informal Economy: Reflections of War, Sanctions and Policy Failure (The Emirates Center for Strategic Studies and Research). He has also edited four Routledge International Handbooks: Handbook of US-Middle East Relations (2009), Handbook of Oil Politics (2012), Handbook of Emerging Economies (2014), and Handbook of Transitions to Energy and Climate Security (2016). He is also the editor of the Routledge Europa Emerging Economies series.