Rapid, inexpensive, and easy-to-deploy, near-infrared (NIR) spectroscopy can be used to analyze samples of virtually any composition, origin, and condition. The Handbook of Near Infrared Analysis, Fourth Edition, explores the factors necessary to perform accurate and time- and cost-effective analyses across a growing spectrum of disciplines.

Additional features include the following:

Offering the most complete single-source guide of its kind, the Handbook of Near Infrared Analysis, Fourth Edition, continues to offer practicing chemists and spectroscopists an unparalleled combination of theoretical foundations, cutting-edge applications, and detailed practical experience provided firsthand by more than 50 experts in the field.

Emil W. Ciurczak has a BA in Chemistry from Rutgers and advanced degrees in Chemistry from Rutgers and Seton Hall and has worked in the pharmaceutical industry since 1970 (Ciba-Geigy, Sandoz, Berlex, Merck, and Purdue Pharma), performing method development on most types of analytical equipment. In 1983, he introduced NIR spectroscopy to pharmaceutical applications. He also consulted for several NIRS equipment manufacturers. Most research was on pharmaceutical applications of NIR where he has published over four dozen articles in refereed journals, over 250 magazine columns, and presented nearly two hundred technical papers.

Since 2005, Emil has been Contributing Editor for Pharmaceutical Manufacturing magazine (also Spectroscopy; 1987-2007) and, since 2014, contributing editor for Contract Pharma. He has written and edited several texts and chapters: "Handbook of NIR Analysis" (1st, 2nd, and 3rd editions), "Pharmaceutical and Medical Applications of NIRS" (2nd edition in progress), "Molecular Spectroscopy Workbench," and chapters on NIR applications to life sciences. Emil sits on several magazine editorial boards, is active in SAS, is a founder of the Council for NIRS, and was the 2002 chair for IDRC (Chambersburg Conference).

He has been teaching (college adjunct) since 1979 as well as presenting short courses (in NIRS, Instrument Troubleshooting, and PAT/QbD) for the ACS, CfPA, SPIE, ASSA, and other organizations In the US, Europe, Asia, and South America.

Emil is currently a consultant in the field of NIRS and holds a dozen patents for NIR-based devices and software. He consults with various pharmaceutical companies, instrument manufacturers, and the FDA. He was a member of the PAT sub-committee (Validation) for the FDA and member of the PAT Expert Committee for the USP, and was the 2004 recipient of the EAS Achievements in NIR Award.

Benoît Igne has a master’s degree from Ecole d’Ingenieurs de PURPAN, Toulouse, France, and a PhD in Agricultural Engineering from Iowa State University, Ames, Iowa, USA. He began working as a postdoctoral fellow and a program coordinator at the Duquesne University School of Pharmacy, Pittsburgh, Pennsylvania, USA. In 2014, he joined GlaxoSmithKline outside of Philadelphia, Pennsylvania, USA. There, he led the development of process analytical technologies for the monitoring, development, and control of solid, liquid, and biopharmaceutical products. His main responsibility is to integrate near-infrared spectroscopic tools onto a drug product continuous manufacturing line. Benoit received the 2015 Eastern Analytical Symposium Award for Outstanding Achievements in Near-Infrared Spectroscopy. He has published over 40 peer reviewed articles and several books and book chapters. He has been involved with the Council for Near-Infrared Spectroscopy since 2010 and was elected President from 2016 to 2020. Benoit has played various roles in the Society of Applied Spectroscopy, including the Membership committee and the Tour Speaker program. Finally, he is the subcommittee Chair for ASTM 55.01, developing standards for the use of process analytics.

Jerome (Jerry) J. Workman, Jr. is Senior Technical Editor for LCGC and Spectroscopy; Certified Core Adjunct Professor, at National University, CA; and Principal at Biotechnology Business Associates. He was formerly Executive Vice President of Research & Engineering for Unity Scientific and Process Sensors Corp.; Vice President of Technology for Masimo Corp.; Senior Research Fellow at Kimberly-Clark Analytical Science & Technology; and Principal Scientist at PerkinElmer. Dr. Workman has played a major role in defining and developing over twenty-five scientific instrument advancements with novel software improvements for spectroscopic instrumentation. He has over 75 U.S. and international patent applications since 1998 with 27 issued U.S. and international patents and multiple trade secrets. He has over of 500 Technical publications, including 22 reference books on a broad range of spectroscopy, chemometrics, and data processing techniques; and has received awards from the Eastern Analytical Symposium, ASTM International, Coblentz Society, Society for Applied Spectroscopy, National Institute of Standards and Technology (NIST), Frost and Sullivan, and others. He has taught annual courses in spectroscopy, chemometrics, and statistics for the Association of Official Analytical Chemists (AOAC), the American Chemical Society (ACS), the Instrument Society of America (ISA), and the Federation of Analytical Chemists and Spectroscopy Societies (FACSS), and at several universities and corporations. He is a Fellow of the American Institute of Chemists (FAIC), the American Society for Testing and Materials (FASTM), and the Royal Society of Chemistry, UK (FRSC, CChem, CSci). Workman holds a B.A degree cum laude in natural sciences, an M.A in biological sciences and genetics from Saint Mary's University of Minnesota, and a Ph.D. degree in biological chemistry from Columbia Pacific University. Upon graduation he immediately started work as a scientist with Technicon Instruments in Tarrytown, NY. He is an alumnus of Columbia University Business School having completed the Columbia Senior Executive Program and also holds graduate Certificates in Executive Development (CIED) and in Business Excellence (CIBE) from Columbia. He also holds a Certificate in Strategy and Innovation from the M.I.T. Sloan School.

The idea for this book originated at an ACS meeting in 1979 when Dr Maurits Dekker invited Don to write or edit a book on automated pesticide analysis. Discussions turned the subject into Near-Infrared analysis, and it seemed like an easy assignment since there were many experts in this field.

Emil Ciurczak agreed to be co-editor.

Don had been promoting computerization of instruments and automation of analytical procedures for many years at Nat’l Cash Register Co, Dover Medical Research Center (Dover DE), Abbott Laboratories, Technicon Instruments Corp, and Los Alamos Nat’l Lab (from which he is now retired).

For more than 20 years, Don has been giving courses on Near-Infrared Spectroscopy at national and international meetings, often sharing the podium with colleagues in the field, and occasionally including brief exhibits by instrument makers. In 1990 he received the EAS award in NIR. For several years he was on the ACS Speakers Circuit with a talk entitled "Catch ‘em with Near-IR" which dealt with counterfeit currency and fake materials like turquoise, cigars, and ivory.

Don has an AB in chemistry from Syracuse Univ, an MS in organic chemistry from the Univ of Puget Sound (Tacoma WA), and a PhD in biochemistry from Purdue Univ. He’s married, has 3 children and 6 grandchildren, and lives in Los Alamos, NM. 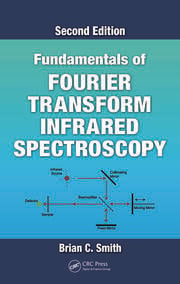 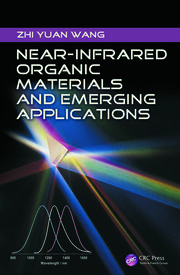 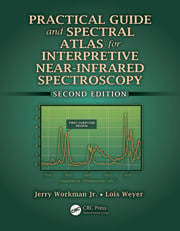