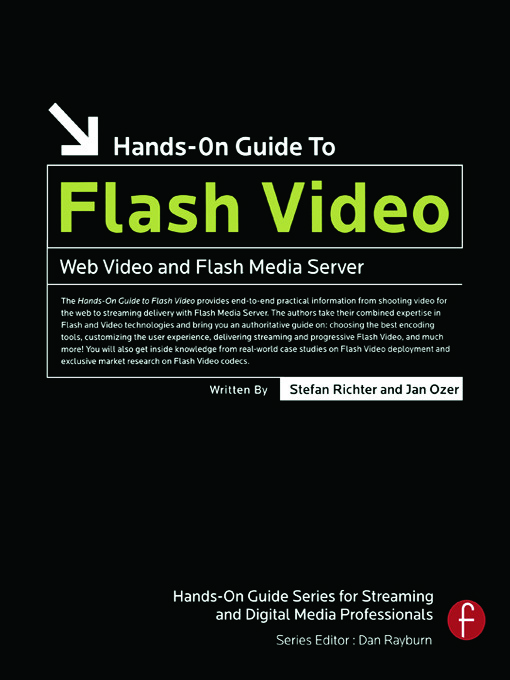 Stefan is a certified Flash Developer who has been involved with Flash Media Server since its very early days. He was the driving force behind Europe's first Flash-centric video hosting provider and now runs one of the largest resources on the subject at Flashcomguru.com. As well as holding the position of VP of Application Development at Dallas-based POPview he handles a variety of projects from his home office in the UK, specializing in Flash Video and Rich Internet Applications for clients that include CNET, USA Network and Unilever. Stefan is the author of a series of Adobe Developer Center articles, has spoken at several industry events and contributes a regular column on Flash Video to Streaming Media Magazine.
Jan has worked in digital video since 1990, joining PC Magazine as a contributing editor in 1996, and EventDV in 1994, and is a frequent contributor to Streaming Media Magazine. Jan has written 12 books on digital video, translated into 7 languages. In 1994, Jan's company, Doceo Publishing, released the Video Compression Sampler, the first comparison of CD-ROM compression technologies. In January, 2006, Jan released two white papers through StreamingMedia.com that rigorously compared the quality and usability of the Windows Media, Real, Apple's H.264 and Flash codecs (Proprietary Codecs, 2006: Choosing and Using the Optimal Video Codec) and solely Flash codecs (Flash Codecs, 2006: Choosing and Using the Optimal Flash Codec). Jan has lectured internationally on streaming media production since 1998.