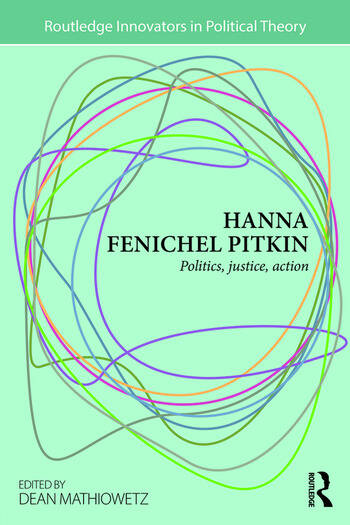 Hanna Fenichel Pitkin has made key contributions to the field of political philosophy, pushing forward and clarifying the ways that political theorists think about action as the exercise of political freedom. In so doing, she has offered insightful studies of the problems of modern politics that theorists are called to address, and has addressed them herself in a range of theoretical genres.. This collection of her works approaches each of these dimensions of Pitkin’s contributions in turn:

The Modern Condition and the Impetus to Theorize: Pitkin has offered sustained reflection on what aspects of modern political life prompt the impulse to theorize politics. Highlighting the pitfalls that modern life and philosophy also present for that enterprise, she suggests an agenda for political theorizing that engages the dilemmas of modernity in ways that grasp the importance of paradox as a portal of insight into the modern condition, and eschews attempts at easy resolution.

Moral Philosophy, Judgment, Justice: Pitkin has turned at several points in her career to the concept of justice as one that particularly brings together questions of agency and responsibility, the insights of moral philosophy, and judgment. Drawing upon a variety of methodological resources and theoretical inspirations, her work engages ordinary language philosophy, pedagogical practice, and textual study, to yield a complex and subtle set of observations, all of which open moral philosophy and matters of judgment to questions of action and responsibility in the exercise of political freedom.

Dean Mathiowetz is Associate Professor of Politics at the University of California, Santa Cruz. He is the author of Appeals to Interest: Language and the Shaping of Political Agency and several essays of conceptual history and alternative pathways for thinking political economy.