Hard rock hydraulics concerns arrangements of adjoining intact rock blocks, occurring down to a depth of hundreds of meters, where groundwater percolates within the gaps between these blocks. During the last decades, technical papers related to successful or failed attempts for mining groundwater from hard rocks, and achievements or failures of public or mining developments with respect to these rocks, increased the knowledge of their hydraulics. Examples of activities where the mechanical behavior of these rocks highly interacts with their hydraulics are projects under the sea or groundwater level, such as open pits or underground mines, galleries, tunnels, shafts, underground hydropower plants, oil and LPG storage caverns, and deep disposal of hazardous waste.

This book will help civil and mining engineers and also geologists to solve their practical problems in hydrogeology and public or mining projects.

Born in 1935, Fernando Olavo Franciss grew up in Rio de Janeiro and was credited as a Civil Engineer by the Pontifical Catholic University of Rio de Janeiro, Brazil, in 1958. During the period 1959-1961, he was trained by the late and distinguished Prof. Reynold Barbier at the Institut Dolomieu of the University of Grenoble, France, and was licensed on Applied Geology by the same university. Ten years later, in 1970, he obtained his doctoral degree from this university.

As a leading rock engineer, he has gathered a lifetime of international experience in civil engineering practice, often crossing with other fields such as engineering geology, underground mining, and oil and cooled LPG reservoir engineering. From 1964 to 1980, he worked as a part-time professor at the Pontifical Catholic University of Rio de Janeiro. From 1964 to 1991 he was engaged at Sondotecnica, a reputed Brazilian Consulting Bureau. Since then, he worked as an independent consultant. During his professional life, he developed and employed finite-difference matrix-algorithms, based on a tensor approach, to model the hydraulic and hydrothermal behavior of complex fractured rock masses.

Many now well-known Brazilian experts in civil, earth, rock, and water engineering start their professional career closely working with Prof. Franciss, a fact that pleased him very much. During his career, Dr. Franciss has had the chance to devote part of his time to investigate the hydraulics of fractured rocks related to civil works, mining, oil and gas storage caverns, and interactions of hydrothermal resources with dam reservoirs. 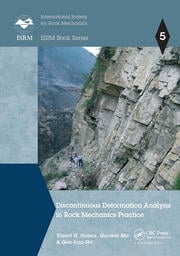 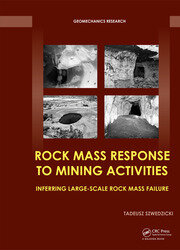 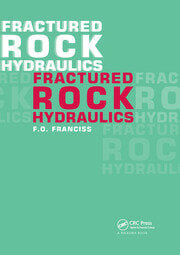